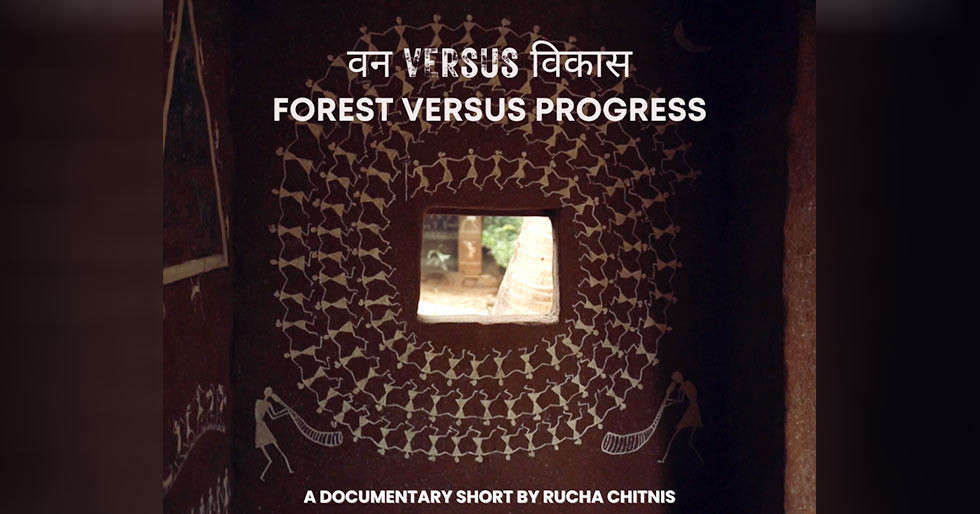 Man versus nature has been an eternal debate. Some people view man’s progress as being a constant struggle against nature. People say that if we don’t push back against the forest and claim some land for ourselves, we’d still be stuck in the dark ages. The indigenous populations, which have always shared an affinity with nature, frowns on such a line of thought. They have been known to maintain a way of life which states that man is an inherent part of nature. That harming nature is akin to harming oneself. These sentiments are amply echoed in director Rucha Chitnis’ seminal documentary short, Van  Versus Vikas. 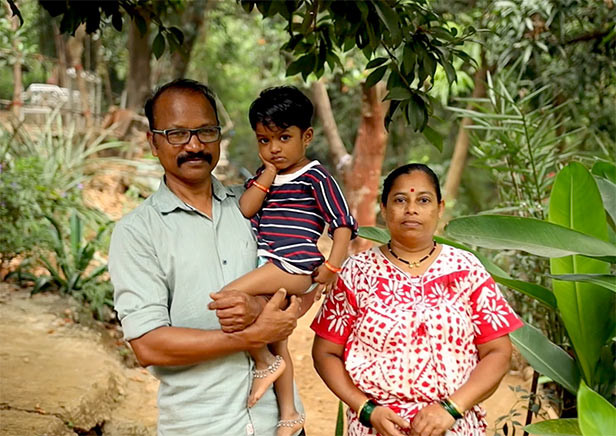 The 15 minute film encapsulates the struggle of Prakash Bhoir and his family, who have been on the forefront of the fight to save the Aarey forest situated in the heart of Mumbai. Prakash belongs to the Adivasi community and is an Adivasi activist. He lives in an Advivasi hamlet situated inside the Aarey forest. He grows fruits and vegetables near his home and forages the forest for other items, living closely with nature. He’s also a talented Warli artist and so is his son. Their paintings are on display in the documentary. They depicted the Adivasi way of life and the changes brought in by the forced march of progress. 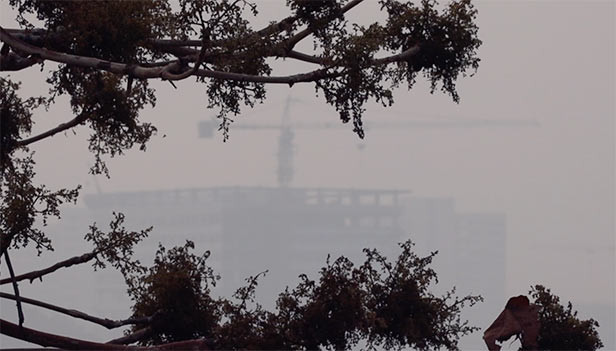 Prakash Bhoir has led many protests against the destruction of Aarey’s biodiversity and the relocation of Adivasis from their ancestral lands. There are 27 Adivasi hamlets in the Aarey forest. In 1949, Aarey Milk Colony was set up by the government to help set up a steady milk supply to Mumbai city. In 2019, after the 2008 Mumbai terror attacks, around 100 acres of land was cleared for a NSG commando base camp in Aarey. All this is proving detrimental to the existence of the Adivasis in the area. But the biggest threat, as the film showcases, comes in the form of the Mumbai Metro shed that’s been constructed in the middle of the region. Hundreds of trees have been cut because of it, threatening the fragile forest ecosystem. 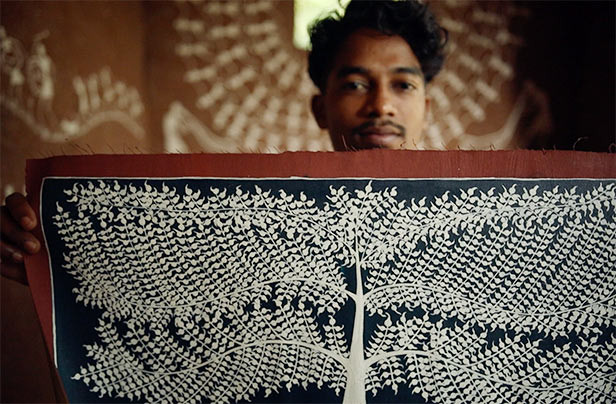 What’s more, the tribals have been told to evict the land where they’ve been living for generations together. The film points out that the masses have been fed the false narrative that slum dwellers have encroached upon the land and need to be resettled elsewhere. It’s not the slum dwellers but the tribals who are getting affected. Prakash Bhoir, his wife Pramila, and other tribals interviewed in the film state that they find the forest an extension of their own selves and vice versa. They can’t think of living anywhere else as the connection they feel with the land is assimilated into everything they do, be it cuisine, art, culture and even language. They are aware of the roaming patterns of even the leopards and worship them as the guardians of the jungle. And they acknowledge that coexistence is the key, asserting that animals have as much right to the forest as men. 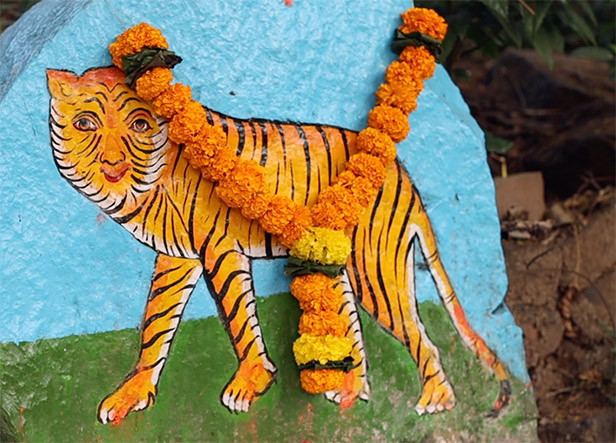 All-in-all, the film is an eye opener indeed and provides you with a glimpse of the wonderful forest area situated right in the middle of Mumbai’s high rises. It’s not just the indigenous people who are threatened by the depletion of the green cover. These areas serve as lungs for us all and it’s high time we took notice of it and made a vow to arrive in droves when protests against unnecessary reduction of trees take place. 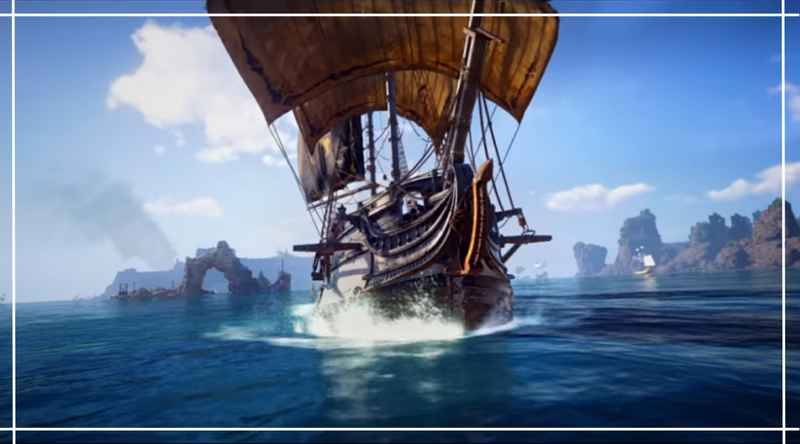 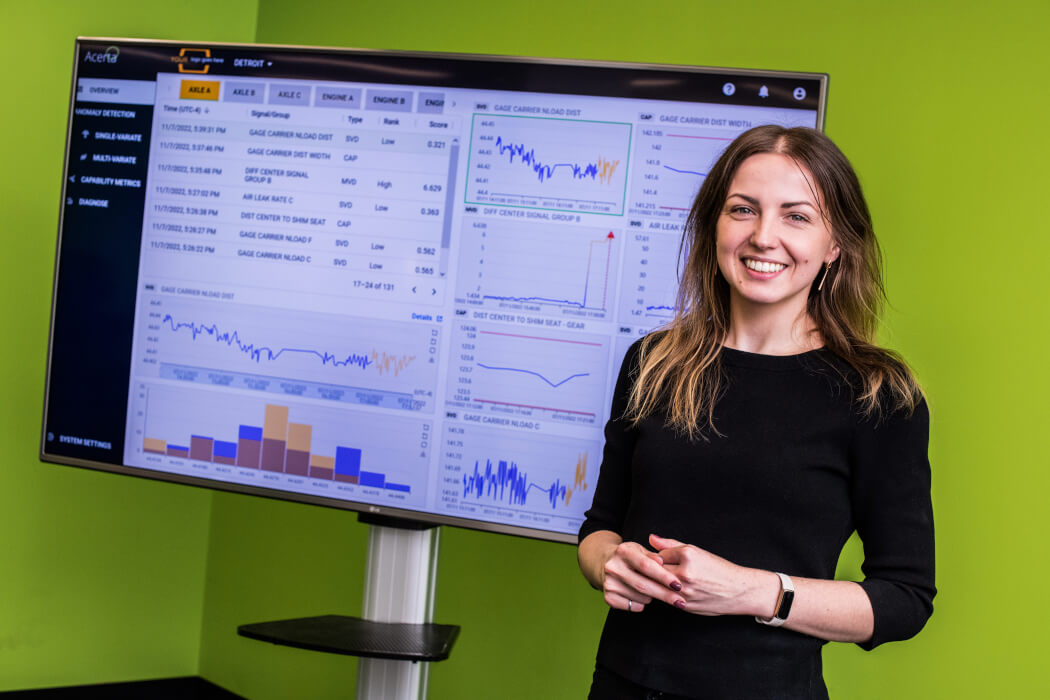 Rakul Preet Singh shares another look at her next film Chhatriwali

See Before & After Photos