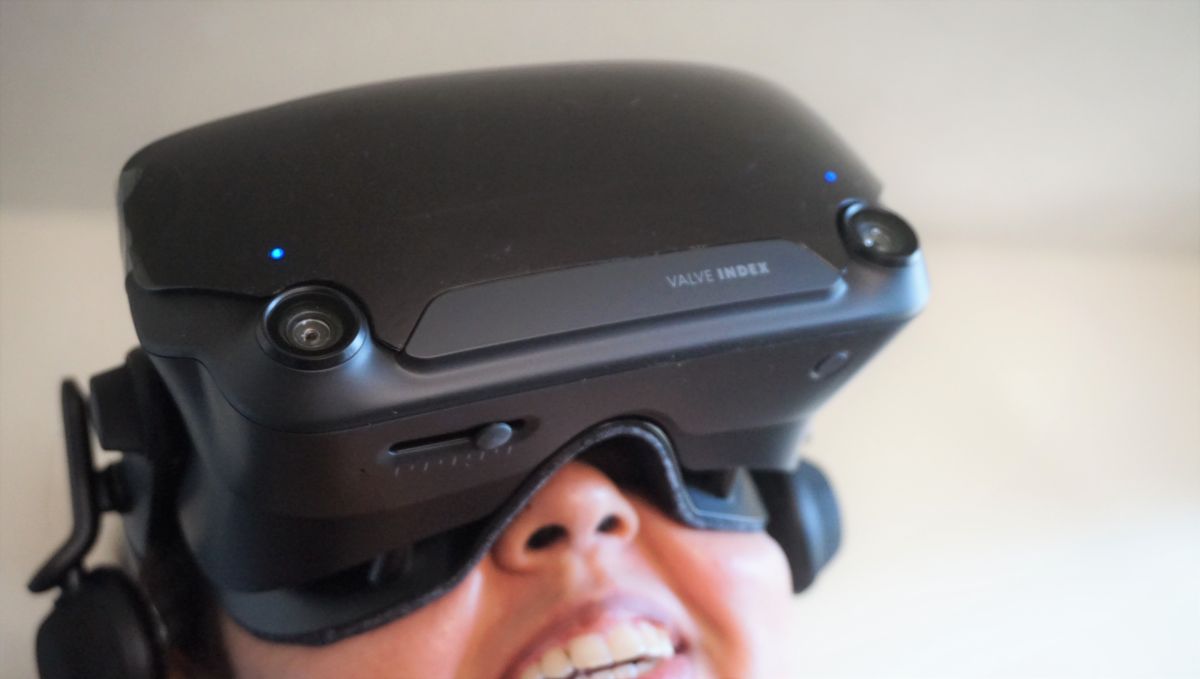 Valve Index 2: rumors and predictions for the new VR headset

It’s safe to assume that a Valve Index 2 headset could be in development. While there’s been no verified confirmation yet, the success Valve’s seen in the VR space since 2019 says it all. However, we’re already seeing hints of what it could contain ahead of an official unveiling.

For example, it might be a wireless, standalone VR headset, and there’s mounting evidence that Valve is iterating on its next VR product. Right now, finding the best VR headset is hard. This isn’t like choosing a new phone or headphones – there aren’t many options available. But the Valve Index virtual reality headset is one of the top VR headsets you can buy – and one of the best VR experiences at home.

According to official Steam Hardware Survey figures in October 2022, more than 17% of all Steam VR players use a Valve Index. That makes it the second most used VR headset right now behind the Oculus Quest 2. With that success, we’d expect Valve will want more with a follow-up that improves on the brilliant original. But given the original Valve Index is only two years old, we might have to wait a while.

Valve Index 2: Cut to the chase

There is currently no official information as to when the Valve Index 2 could be released, so guesses are just stabs in the dark right now.

We do know the original Valve Index came out in 2019, so given that other headset iterations have taken at least two years we could expect an announcement later this year. However, thanks to disruptions caused by Covid-19 in 2020, it’s more likely that an announcement would come in 2023. A release date next year also feels like the best we could hope for.

Once again there isn’t anything solid about how much a Valve Index 2 would cost but we can make some educated guesses. Given that the Valve Index was priced at $999 / £919 (about AU$1,425), we’d expect an improved headset to cost at least as much – though we wouldn’t say no to a price drop if possible.

We also know that the Oculus Quest 2 – a much cheaper VR options – is the most popular headset on Steam. It’s current 41% share of the SteamVR market is one Valve likely wants to eat into, so we wouldn’t be surprised to see it release a budget competitor.

This could mean that Valve will release two separate headsets – one targeting the high-end, one a more accessible all-in-one mobile device. But while rumors suggest that isn’t out of the question, we won’t know what it is planning until an official announcement.

Here is where we start to build a picture of what the Valve Index 2 and other Valve VR products could look like, based on patents and some SteamVR files that appear to reference a standalone VR headset.

Patents filed in early 2021 show that the Valve Index 2 could be wireless, with wired capabilities becoming optional for some version of the headset. The patent shows three different headsets that explore different options between being wireless and standalone (like the Oculus Quest 2), or wirelessly connecting to a PC.

The patent also details new comfort options, such as new methods for distributing heat and weight more effectively for each design of VR headset.

With all patents we have to take the information with a pinch of salt – there’s no guarantee that it means Valve will produce a headset with these features – but it shows that the company is continuing to develop VR tech.

Evidence of an in-development model

The latest rumors come from VR reporter and YouTuber Brad Lynch (opens in new tab), who was tipped off as to ‘Deckard’ codename in some public SteamVR files, which seems to refer to an in-development VR headset at Valve.

Lynch points VR fans towards “a Lighthouse driver file” that cites a “Deckard POC-A” device in a file released back in January, with POC likely referring to ‘proof of concept’ – and a “POC-C” model cited in June documentation instead, suggesting Valve has been working on refined iterations of its device over the past six months, and ensuring SteamVR stays up to date with supporting it.

There are other tidbits to dive into in Lynch’s video, including a mysterious ‘Prism’ function and a VR Link file that points to a Wi-Fi 6 connection for a wireless headset – alongside VR headset patents we reported on back in March.

Valve Index 2: what we want to see

While the Valve Index is a fantastic VR headset, it’s by no means perfect. Here are a few areas we’d like to see improved in a Valve Index 2.

While this isn’t a direct issue with the last Valve Index headset, games are nonetheless an important factor for all gaming hardware. There are some fantastic VR games out there like Valve’s own Half-Life: Alyx, but a platform can’t be built on just a couple of titles.

If Valve wants to commit to VR we don’t just want to see a brilliant device, but we want them to make more games to play on it. Be that a Half-Life: Alyx sequel, a VR adaptation of another IP like Portal, or a completely new IP from the studio. The quality of the games will also be important, but a bit more quantity wouldn’t go amiss.

In an interview with TechRadar, the Half-life Alyx director Robin Walker mentioned wanting to make an XCOM VR game – so maybe we could have something like that to look forward to?

Facebook recently unveiled its plans for a controller-less AR experience using hand tracking, and we’d like to see similar tech come to VR too. The hand tracking looks like it was ripped straight out of a sci-fi world and we’d love to see something like it be introduced in every VR headset going forward.

While it’s more likely that we’d see it in future Oculus devices – such as the rumored Oculus Quest 3 – Valve could be developing their own version of the tech for a future headset.

No more base stations

Base stations are devices that help the Valve Index, and other headsets like the HTC Vive, track users, their headset and their controller in a room-scale virtual environment. While they made the headset perform well in our review, we hope that a Valve Index 2 would drop them.

Base stations aren’t the worst things in the world, but if you ever want to change up your room – or just dust it and you nudge one of the sensors – you have to go through the whole recalibration process again. It’s tedious and we could do without having to put up with them, especially as other headsets like the Oculus Rift S do fine without base stations thanks to inside-out tracking.

The Valve Index used two screens that have 1440 x 1600 pixels – one for each eye. While the image is ultra-crisp, better screens wouldn’t be unexpected, especially given that the Apple VR headset is rumored to be using dual-8K screens – that’s 7680 x 4320 pixels.

We feel like 8K is a bit overkill, but there’s a nice sweet spot between that and what we currently have which would be nice to see on a Valve Index 2.

All people are made differently, so a one size fits all headset is difficult to pull off and make comfortable. With that in mind, we’d like Valve to go deeper into the ergonomics of a Valve Index 2, adding new straps and features to make it more customizable. This would let everyone tweak the headset to their needs, and make sure more VR experiences can be enjoyed.

The Valve Index’s controllers included some haptic feedback and clever designs to make the virtual world feel more realistic. Though while it’s good we’d like to see it go further in the future.

Apple has patented haptic socks that could be compatible with its VR and AR devices so we know that some companies are already thinking about this stuff. A few extra haptic peripherals for the Valve Index 2 could be an awesome way to dial the realism of VR up to 11. 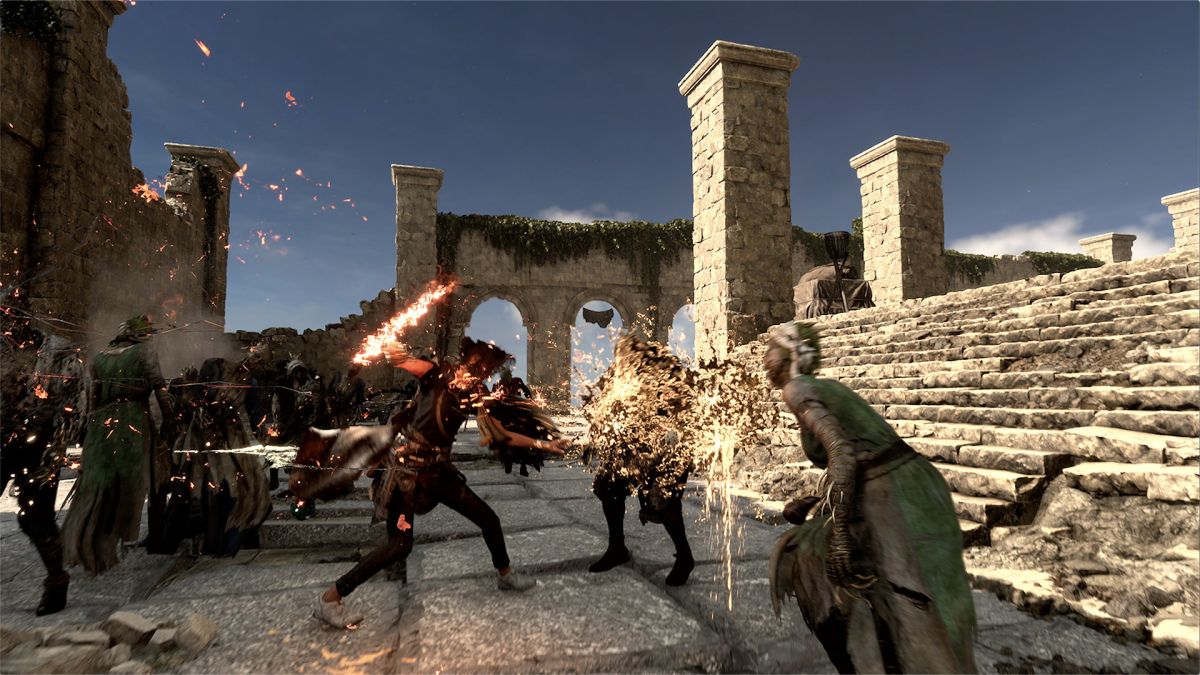 How DirectStorage 1.1 could make Windows 11 an essential upgrade for PC gamers 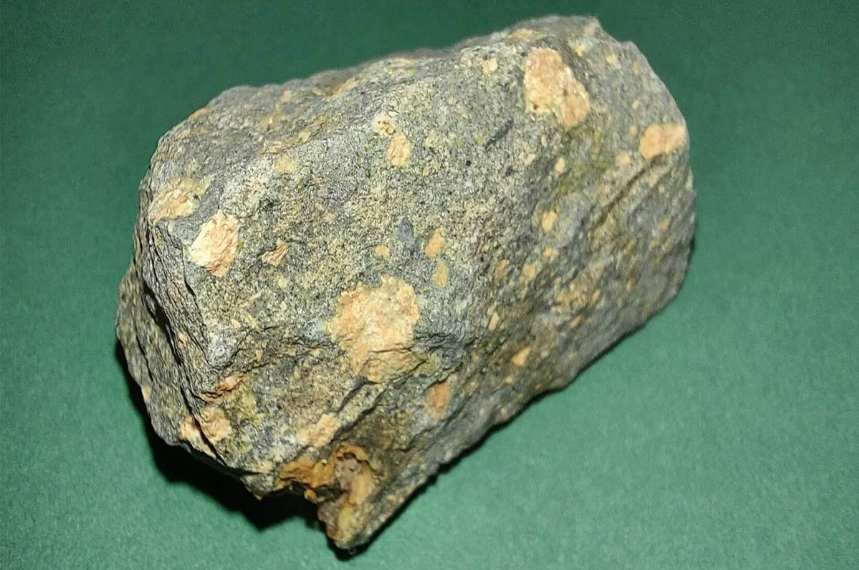 Is Bitcoin A ‘Fraud’ And ‘Pet Rock?’ JPMorgan CEO Jamie Dimon Says So

Warframe Devstream 164 Everything You need to know

Tron holders planning to cut losses might be relieved to know this...

Micron’s most advanced SSD yet should boost your...