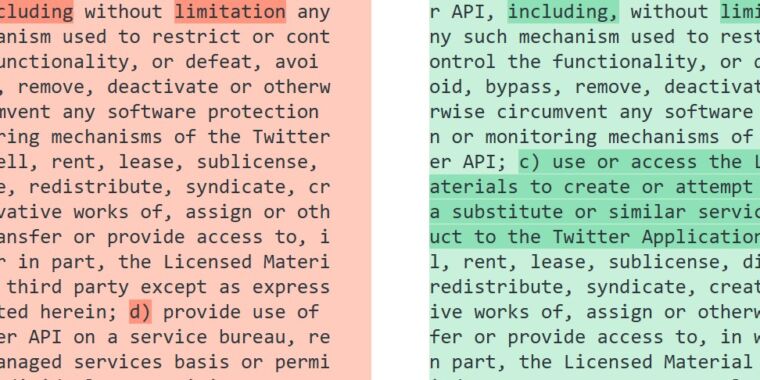 “Long-standing” can apparently mean “later this week” at Elon Musk’s Twitter, as the company has changed its developer agreement to seemingly justify its banning of third-party clients. The change happened two days after a vague tweet about “enforcing long-standing API rules” without pointing to any.

As noted by Internet sage Andy Baio, a text comparison (diff check) of Twitter’s developer agreement between the effective dates of October 10, 2022, and January 19, 2023, shows only one change besides the effective date: a new line added to the section “Restrictions on Use of Licensed Materials.” The addition restricts the ability of developers to:

Baio noted that third-party client Twitterific “first used ‘tweet’ to describe an update, first used a bird icon, and [was] the first native client on iPhone and Mac.” In a post announcing the discontinuation of Twitterific, developer Sean Heber wrote that the app’s “sudden and undignified demise” is due to “an increasingly capricious Twitter—a Twitter that we no longer recognize as trustworthy nor want to work with any longer.” Heber asked subscribers to Twitterific to not request refunds, as thousands of refund requests “would be devastating to a small company like ours.”

Paul Haddad, co-creator of Tweetbot, wryly noted on Mastodon that Twitter provided “some clarity” on why his app was suspended. “I guess I didn’t realize long standing actually means a couple hours ago, once again I’m deeply sorry,” he wrote.

While Twitter has only officially tweeted the much-maligned “long-standing” statement and modified its developer agreement, internal chats seen by The Information (subscription required) last week showed a senior software engineer telling workers that the “third-party app suspensions are intentional.” A product marketing manager said at the time that Twitter had “started to work on comms” about the change, though not much has been communicated.

Twitter is officially banning third-party clients—which don’t receive and display ads through the API but can pay fees for enhanced access—at the same time that the company is facing a significant drop in ad revenue and heavy upcoming debt payments as part of Elon Musk’s leveraged purchase of the social media network. A recent timeline of Musk’s Twitter ownership noted that an entire API team responsible for working with third-party apps was let go during company-wide layoffs in early November. 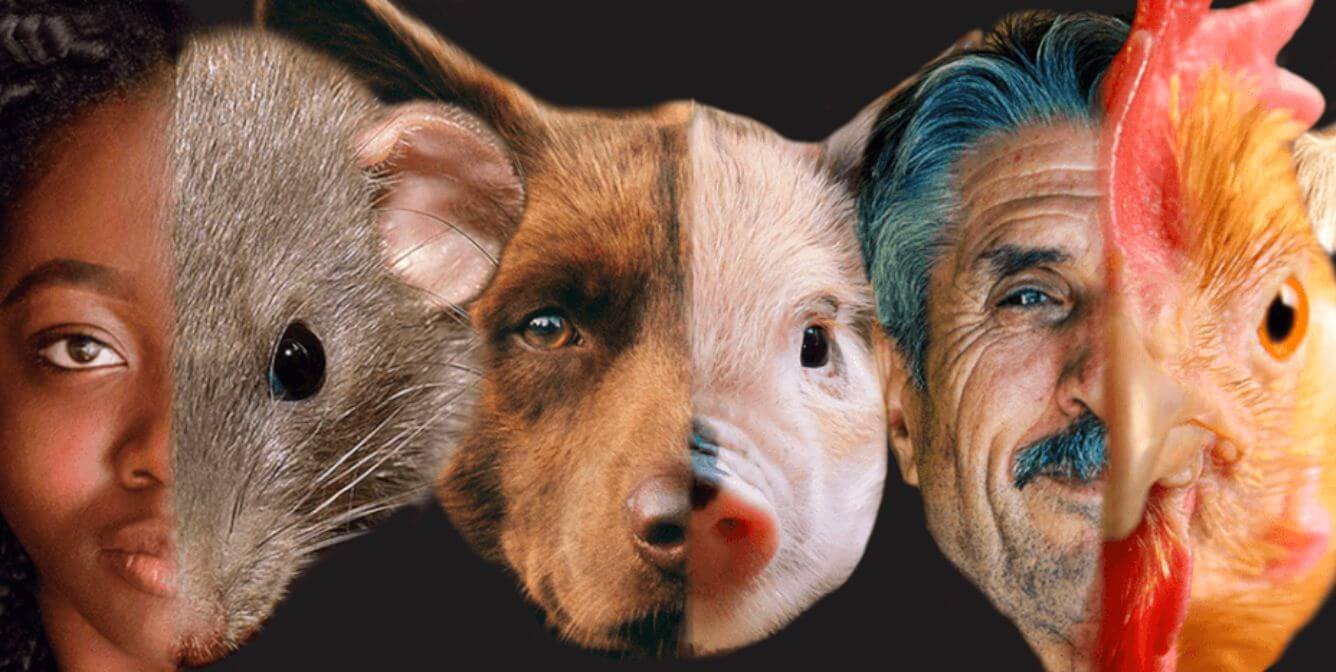 Against All Forms of Prejudice

An old Echo speaker could help expand some Wi-Fi networks. Here’s how.

OnePlus Pad: latest rumors and everything we know so far