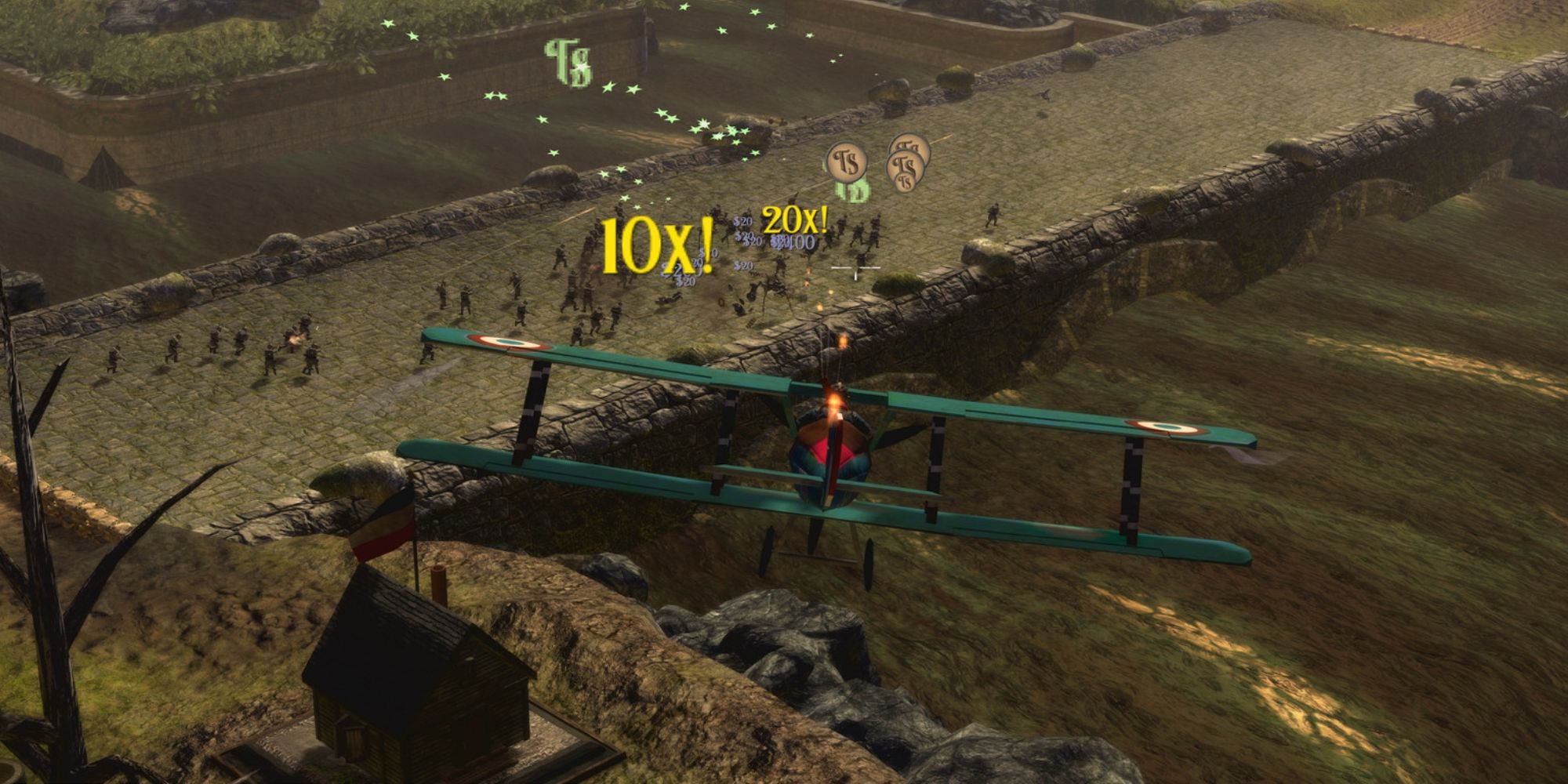 Tower defense games are few and far between on console (or at least half-decent ones). It’s kind of telling that an HD remaster of a decade-old game is about the best we’ve got here in the year 2023. To be fair, we’re coming in a touch late on this review, as Toy Soldiers HD actually released a couple of years ago for PS4 and Xbox One. But, given that the Switch version dropped in without any kind of promotional fanfare on December 31, 2022, I’m digging into the toy box, pulling out the plastic figures, and giving this family-friendly war game a shot.

So, what’s it all about? Not to be confused with the similarly named cult-classic 90s movie, Small Soldiers, Signal Studios’ Toy Soldiers HD is a remaster of the 2010 original game. Which (and this is me being a proper nitpicking arse here) was actually already HD, by the legal definition of HD. If I’ve got complaints about the game, it’s mainly in the naming than the actual gameplay, though with that said I have put enough hours into Toy Soldiers HD to come away with a few select grievances, but more on them later.

Toy Soldiers HD is a tower defense game that uses the first world war – also known as “The Great War” – as its backdrop. But instead of going for a realistic approach with scattered limbs and spine-chilling death cries, the entire thing is presented as a tabletop game that uses little plastic figurines instead of blood-filled meat sacks. It makes for a cleaner game that can be enjoyed by the whole family, though I’d perhaps suggest leaving the younger players in the reserves for this one – it is, after all, still a game about war and death, even if it lacks the actual horrors of war.

Your job is to defend your toybox, or as is the case in some of the later levels, toy boxes, from the enemy army. The battlefield, laid out over kitchen tables and bedroom desks, has a number of set locations for your various tools of war, ranging from machine guns to mortars to flamethrowers and gas emplacements. Yeah, it’s a bit grim if you take more than a few seconds to think about it all, but it’s a fair depiction of the tools of the time, so credit to the developer for sticking to its guns (and *ahem* gasses) in the name of historical accuracy.

The big twist with Toy Soldiers HD is that, unlike in most tower defense games, you can take control of your placed units and get stuck into the battle yourself. The benefit here is that you have free control of where your deadly bullets end up, and as the game employs a kills=cash system with multipliers for particularly deadly bursts of murder, you can put a few pennies in the piggy bank early on, giving you the chance to either buy extra defenses or get a few early upgrades.

Another way the game puts you in the action is with its small variety of tanks and planes. On some levels, you’ll have the option to hop into a tank to help your soldiers out with the tougher enemy armor, or jump in a plane and take to the skies to take out enemy aircraft and bombers.

These vehicles also have another use. On most levels, the enemy will have its own towers, with mortars and air defenses. Occasionally these can be ignored, but in some scenarios, it’s essential to take them out, otherwise, they’ll bomb and destroy your units, leaving your toy box open to invasion. Taking to the skies and dropping a round of bombs is an effective method, provided you’ve already rolled into enemy territory with your tank to take out the air defenses, otherwise your plane will be picked out of the air before you can drop your first bomb.

It’s hard work, but it’s a worthwhile endeavor that had me punching the air after an hour of couch-thumping fails and restarts.

I’ve often said that tower defense games – one of my favorite genres, by the way – are like puzzles, and that’s true here. Loading into a level for the first time is to take a walk in the dark, as you can’t always know where the enemy will come from. And, without scouting the battlefield first, you can’t sure where to place your defenses without them being bombed by the enemy. Later levels demand almost perfect planning in this regard, as you’ll place a few defenses, take a tank behind enemy lines to do away with the pot-shotting mortars and AA guns, then carefully manage your units with upgrades, repairs, and even changing their direction of fire for maximum efficiency.

It’s hard work, but it’s a worthwhile endeavor that had me punching the air after an hour of couch-thumping fails and restarts. Figuring out the method to success, whether it’s finally realizing there’s an enemy mortar hiding behind some ruins, or that I need to sell off my AA guns and replace them with anti-tank rocket launchers for the boss wave, was always satisfying.

Toy Soldiers HD is a fantastic tower defense game that fans of the genre should definitely play.

In terms of what’s improved in this HD remaster, you get improved visuals, the DLC, a few extra levels, and that’s about it. I’m not complaining though. The game looks fine enough and runs great on modern consoles, but if you’ve played the original, you’ll be hard-pressed to notice the visual improvements. I suppose that’s a thumbs-up for the original game?

RELATED 2: The Best Star Wars Game You Never Played – Star Wars: The Clone Wars Retro ReviewA change for the worse, though, is the lack of co-op multiplayer. The original game had co-op and versus modes, whereas Toy Soldiers HD has no form of co-op multiplayer. There is split-screen versus, but I know that I’d prefer to play co-op rather than deal with the fallout that comes from beating my son in any game. It’s fair to say, then, that we haven’t played this one two-player, and probably won’t.

Toy Soldiers HD is a fantastic tower defense game that fans of the genre should definitely play. It’s easy to learn, hard to master, and there’s a ton of replayability with the lengthy campaign, the extra levels, collectibles, achievements, and survival modes, which I’ve spent a lot of time playing. The controls for vehicles can be a bit stiff and the lack of co-op multiplayer is a big disappointment, but given how few decent tower-defense games there are on console, it’s easy to overlook the very few shortcomings Toy Soldiers HD brings to the table. Now, when are we getting Toy Soldiers Cold War?

NEXT: Blacktail Review: A Test Of Magic And Morality 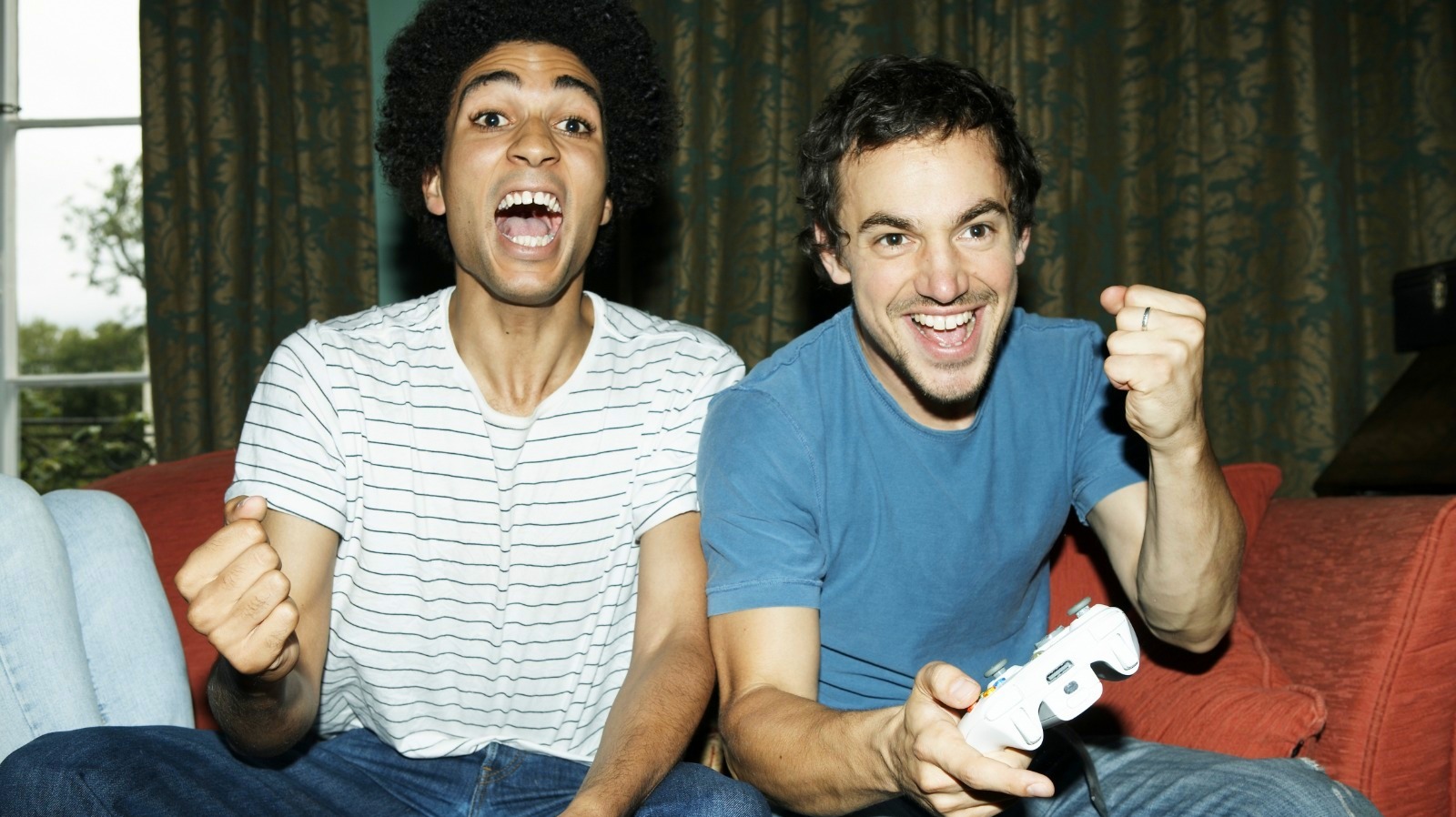 In Latest SPAC Twist, Shell Is Buying Volta For Less Than The Amount It Raised

Reminder: It is Black Friday in Animal Crossing: New Horizons too