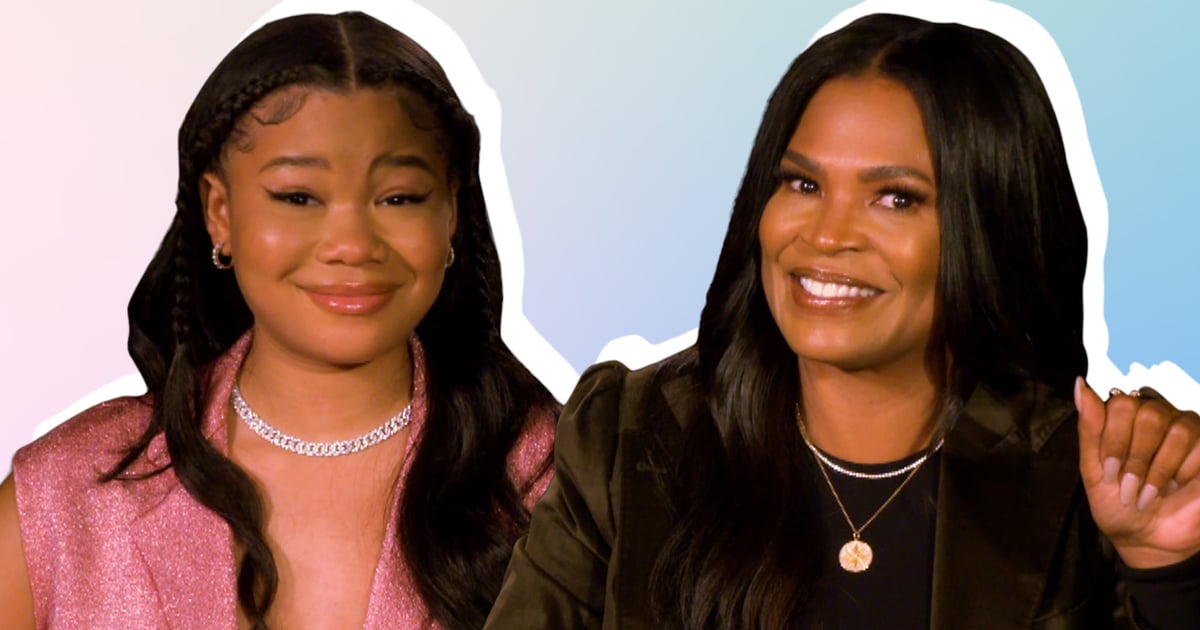 Nia Long and Storm Reid may play an estranged mother-daughter duo in their internet-age thriller “Missing,” but the two actors actually have a tight-knit bond IRL. In speaking with POPSUGAR, Reid, 19, admits she was “super nervous” to meet Long, 52, as she didn’t know what to expect from the industry vet. “You never know if a person that you have admired and grown up watching, if they’re going to be, like, nice people,” the young star explains. “Because some people are just not nice people.”

Reid and Long worked closely together on their new film, which hit theaters on Jan. 20, a standalone follow-up to 2018’s “Searching,” in which Reid’s tech-savvy character, June, tries to track down her mother, Grace (Long), after she goes MIA during a trip to Colombia with her boyfriend, Kevin (Ken Leung), whom she met just months prior on a dating app. However, the mystery drama is far from simple as the movie keeps viewers on their toes with the most complex, nail-biting plot.

“There are parts where you’re like, ‘What is happening?'” Reid says of “Missing”‘s complicated script, while Long adds, “And you’re almost embarrassed to ask because you’re like, ‘Am I the only one? Am I just not smart? Not that bright?'”

The stars agree that viewers will enjoy “all the twists and turns” in “Missing,” but Long suggests the movie is also filled with valuable lessons, specifically for single moms. “I hope [they] know, do not get on dating apps,” she says jokingly. “There are so many other ways you can meet men. I’ll show you the ways.”

“Missing” is now playing in theaters. See what else Reid and Long had to say in their hilarious interview above. Conceiving Baby No. 2 Was ‘Really Tough’

Inside Chrisley Family’s Next Steps After Prison Sentence

Jeremy Clarkson Slammed for Meghan Markle Comments: What to Know

Prince Harry and Meghan Markle’s Nicknames For Each Other