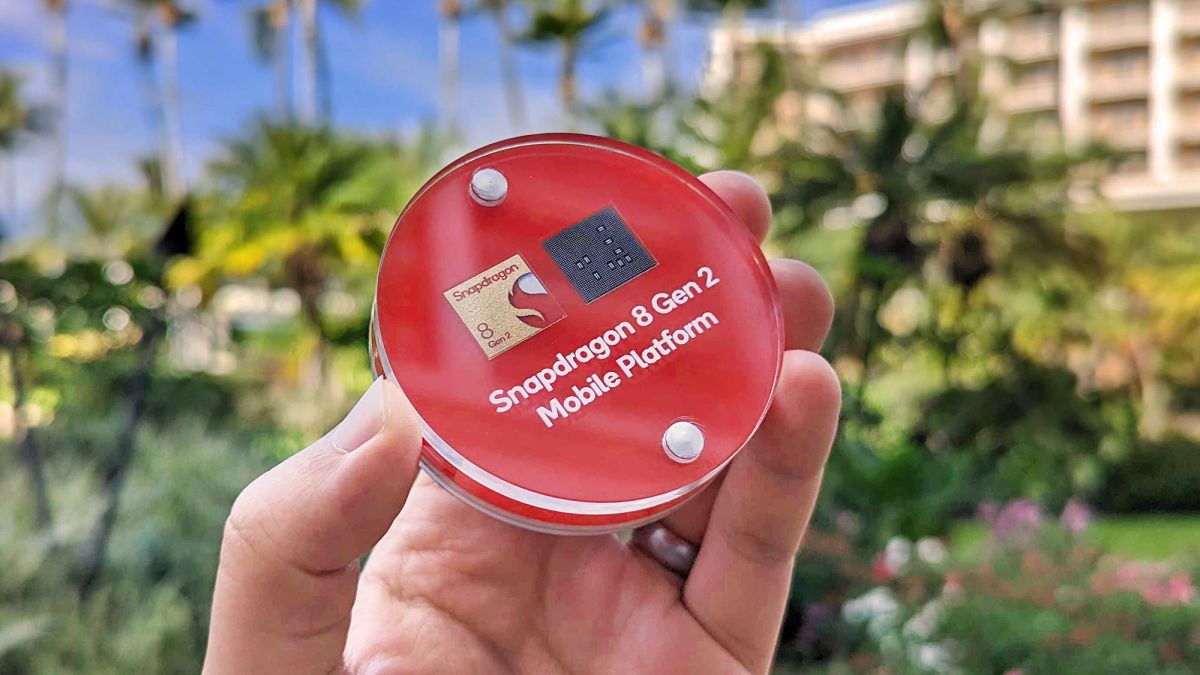 Qualcomm’s annual Snapdragon Summit is the chip maker’s opportunity to showcase its latest silicon and the advancements its technologies are bringing to the next wave of devices and experiences across mobile, automative, audio, mixed reality and more.

As part of the proceedings, it’s also the place where the company’s next flagship mobile chip usually makes its debut too (the one likely to likely to power the next wave of the best Android phones coming up) and, sure enough, on November 15, the highlight of day one of the Summit was the unveiling of the Snapdragon 8 Gen 2.

Flights and accommodation for this launch event were funded by Qualcomm, but the views reflect the writer’s own independent opinion.

Those following Qualcomm’s current mobile chipset naming convention might have already guessed that – after the departure from a triple-digit system the year prior – the successor to 2021’s Snapdragon 8 Gen 1 was going to be the 8 Gen 2, and now that’s been galvanized.

For those familiar, the underlying CPU architecture (a ‘prime’ core, supported by four performance cores and three efficiency cores) may not seem like a notable departure from its predecessor, but Qualcomm has made a myriad of tweaks across its latest and greatest mobile SoC (system on chip) that bring significant improvements to key aspects of the mobile computing experience; like AI processing, gaming fidelity, image processing, connectivity and power efficiency.

Cut to the chase

So, what are the most noteworthy improvements that the Snapdragon 8 Gen 2 brings to the table, and why should you care enough to actually want to upgrade to a phone using it?

Cameras that understand what they’re looking at

One of the most exciting improvements set to offer some of the most tangible benefits to users is the 8 Gen 2’s ‘Cognitive ISP’.

What Qualcomm is calling a ‘world-first’, this generation’s Spectra ISP (image signal processor) takes the existing image segmentation of its predecessor but brings in the added benefit of real-time processing. This means your device’s camera will be able to distinguish the sky from the ground, your cat from the freshly-made bed its decided to get comfy on or the flower amid the background foliage and, at a pixel-level, apply color, tone, sharpness and noise reduction algorithms to get the best final shot.

The real kicker is that it can apply this level of real-time processing to both stills and video, and even show a more accurate end-result image on the viewfinder during capture with minimal lag. So you know that what you see and what you’ll get after you press the shutter or record, will more directly reflect one another.

A feature that’ll undoubtedly help the next wave of the best camera phones stand out from the non-8 Gen 2-powered competition.

In 2021, one key area where Samsung’s own Exynos 2200 chip stood apart from its like-minded rival – the 8 Gen 1 – was the inclusion of support for hardware-accelerated ray tracing (expect better visuals in gaming, punctuated by accurate reflections, soft shadows and ambient occlusion).

Naturally, Qualcomm was keen to address that with its next follow-up and sure enough, the 8 Gen 2, commits to delivering hardware-accelerated ray tracing on mobile; with confirmed partners, like maker of some of the best gaming phones around – Red Magic, and supported titles such as War Thunder.

The Adreno GPU at work on the 8 Gen 2 promises 25% faster performance, while also delivering up to 45% greater power efficiency, along with newfound support for Vulkan 1.3, the Chinese ‘HDR Vivid’ standard and a feature called OLED ageing compensation too.

AI (yes, artificial intelligence) has been the rising star in mobile computing over the last few years and that trend continues upwards with the 8 Gen 2.

Although every major element of the SoC already leverages AI to some degree, this generation’s dedicated Hexagon Processor offers a revised toolset (including a Tensor accelerator that’s doubled in size) set to deliver some significant gains.

Qualcomm promises a 4.35x speed increase when performing AI-based tasks, thanks – in part – to the fact that the 8 Gen 2 is the first of its kind to leverage something called INT4 (integer 4) precision; allowing for 60% more AI-based tasks to be performed concurrently per watt.

Through what can only be arcane wizardry, Qualcomm is able to scale 32-bit processes down to 4-bit without compromising the quality of the data sets being processed, which the company’s Ziad Asghar – VP of Product Management at Qualcomm – told TechRadar, amounts to a 64x power reduction.

Modern phones can already help us transpose the analogue world into digital; with features like semantic text recognition and object recognition, but the Sensing Hub inside the 8 Gen 2 has been purpose-built to help with such tasks; boasting two AI processing cores for up to double the AI performance compared to 8 Gen 1, along with 50% more memory than previously.

The Sensing Hub supports an ‘always-sensing camera’ (a rewording from last-generation’s ‘always-on camera’), that’s great for everything from QR code scanning to face proximity detection, facial recognition and even eye-tracking – all without having to actively open your device’s camera app.

Asghar confirmed to TechRadar that multiple OEM partners have been particularly interested in this aspect of the Sensing Hub, suggesting the next wave of phones powered by the 8 Gen 2 may well have the ability to scan and action QR codes and the like without even needing to be woken up or for particular apps to be opened to interact with them.

Despite its always-on nature, Qualcomm also states that the data processed by the Sensing Hub doesn’t leave your device.

Even faster and more flexible 5G and WiFi

Packing the Snapdragon X70 5G modem, the 8 Gen 2 not only supports up to 10Gbps down and 3.5Gbps up over 5G, but it’s the first on the scene to boast DSDA (Dual SIM Dual Active) for two 5G SIMs, simultaneously and also boasts its own AI processor to optimize cellular performance and power.

As before, mmWave and sub-6GHz 5G, along with standalone (SA) and non-standalone (NSA) modes ate all supported.

What’s more – even though WiFi 6E feels like it’s barely out the door – the FastConnect 7800 inside the 8 Gen 2 renders it one of the first pieces of consumer silicon to support WiFi 7 bandwidth and speeds; only losing out to MediaTek’s new Dimensity 9200 chipset, which was announced just days earlier.

With the increasing popularity of video streaming at higher and higher fidelities and bit rates, along with growing interest in cloud gaming and competitive mobile gaming, these upgrades are essential to allow those experiences to continue evolving.

Everything else you need to know about the 8 Gen 2

Touched on at the top of this article, the TSMC-made 4nm 8 Gen 2 features a now-familiar Kryo CPU octa-core architecture; split across a prime Cortex-X3 core (clocked at up to 3.2GHz), four performance cores (clocked at up to 2.8GHz) and three efficiency cores (at up to 2.0GHz) – marking a shift that sees that fourth efficiency core now instead manifest as a fourth performance core.

Asghar mentioned that those big cores are closer in power consumption to smaller cores than ever before, reflected in the 8 Gen 2 Kryo CPU’s promise of a 35% speed improvement, but at the same time promising a 40% power saving.

Another great upgrade for media lovers is the chipset’s newfound dynamic spatial audio functionality; allowing the sound in spatialized content to shift relative to the listeners head position, which promises to deliver more immersive media consumption.

Which phones will use the Snapdragon 8 Gen 2?

Although Oppo is the first company to confirm that its next Find X-branded flagship Android phone (assumed to the Oppo Find X6 series) will run on the Snapdragon 8 Gen 2, (despite no launch date having yet been confirmed). Qualcomm detailed a number of other partners at the chip’s unveiling.

Asus, Honor, Motorola OnePlus, Oppo, Sony, Vivo, Xiaomi, ZTE and more have all committed to delivering 8 Gen 2-powered devices in the near future, however, who’ll be first remains to be seen. We’ve expanded on the confirmed list, using our own expertise to discern which other phone makers will likely have 8 Gen 2 powered phones on the market soon enough.

Xiaomi and Motorola vied for the claim of offering the first phone in the world running on the Snapdragon 8 Gen 1, with the Motorola Edge X30 pipping the Xiaomi 12 to the post in December 2021. As such, there’s every chance we can expect that same two-horse race before we ring in 2023. 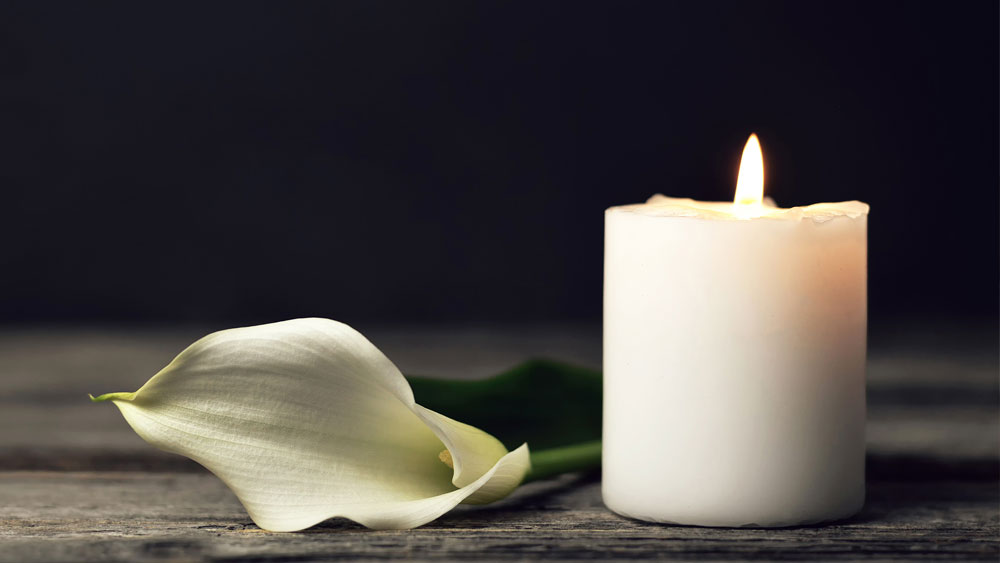 Monster Slayer is Shutting Down Next Year –...