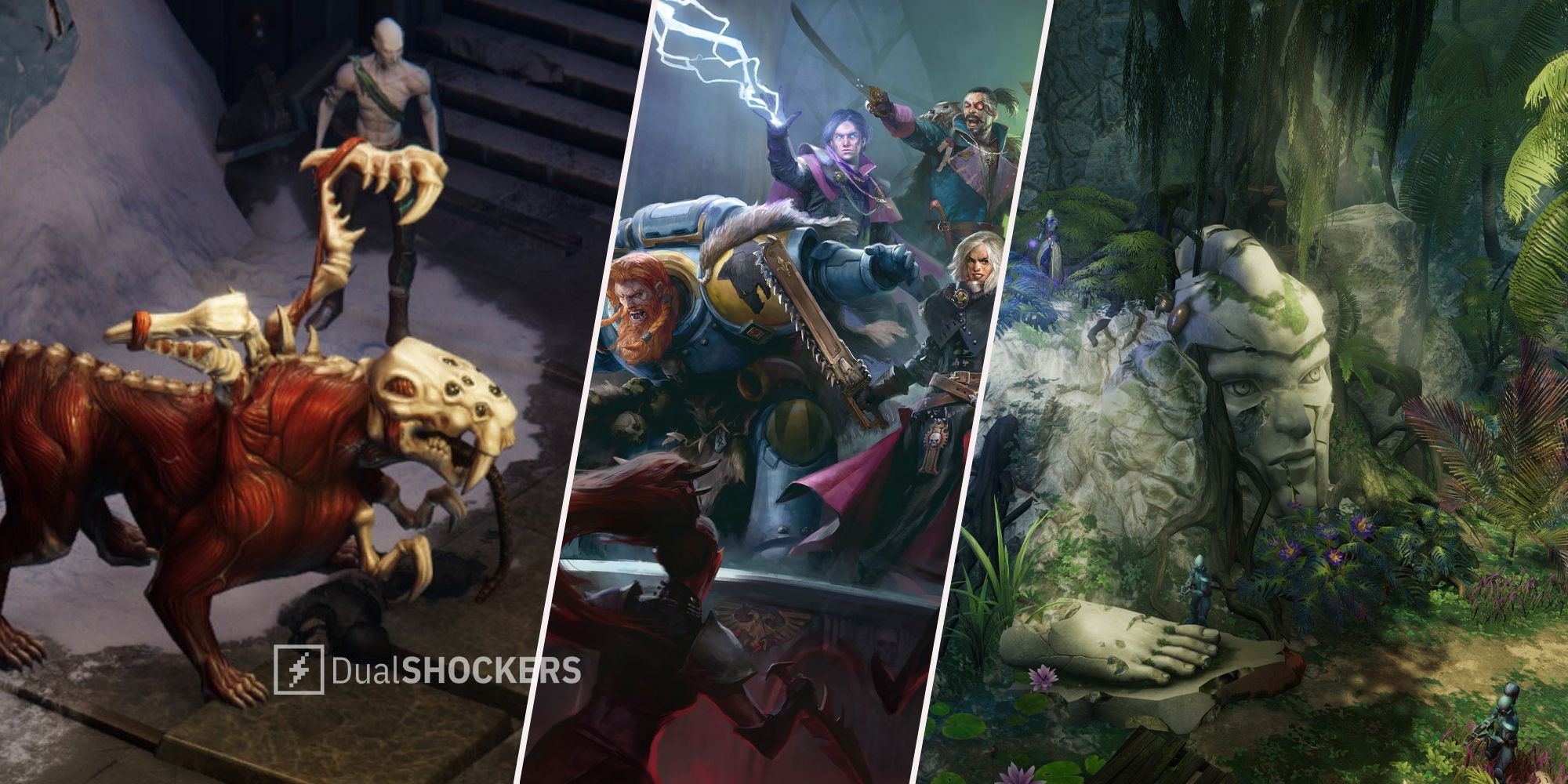 
Warhammer 40,000: Rogue Trader received its first gameplay trailer during the 2023 PC Gaming Show, showcasing its CRPG style, weapons, and abilities that players can employ during combat.

Developed by Owlcat Games, the creators of the Pathfinder series, Warhammer 40,000: Rogue Trader is the first CRPG set in the Warhammer universe, where player decisions impact the course of the storyline. The gameplay trailer, which can be seen below, shows off a group of characters in action against machines, xenos, heretics, and monsters. Besides that, weaponry like rifles and flame throwers were also showcased, each having its own merits and drawbacks.

Set in the Koronous Expanse, Warhammer 40,000: Rogue Trader has players flying with a voidship to explore new areas in space. Players will encounter a variety of imperial subjects, as they will meet companions such as Cassia Orsellio, Pasqal Haneumann, and Idıra Talass along the way. The development team also detailed the combat system, which requires players to bring their strategic skills into play. As seen in the trailer, players must position their party optimally, as they can use the environment to take cover.

Taking down an enemy will unlock new heroic acts and special abilities that players can employ during combat. A flame thrower can be effective against a group of enemies, while a sniper can dole out a certain amount of damage to targets in a line. Rifles, on the other hand, is better in short to mid-range to take the momentum of combat. Lastly, players can give the order for desperate measures when there is no chance to win the fight. As its name implies, Desperate Measures can be used in the toughest situations, allowing players to muster their strength for a heroic charge. It can change the tide of combat when used efficiently.

Owlcat Games also revealed a collector’s edition for the much-awaited CRPG, featuring an exclusive 8-inch Cassia statue, art book, sticker pack, and a large banner made from fabric. You can purchase the Collector’s Edition for $299 on the game’s official website. Warhammer 40,000: Rogue Trader is currently in development for Xbox One, PlayStation 4, and PC. A Plague Tale: Requiem review – a brutal, spectacular adventure of love and sacrifice

Advanced Warfare 2 is reportedly in development at Sledgehammer Games

Dr Disrespect Finally Reveals Why He Was Banned...