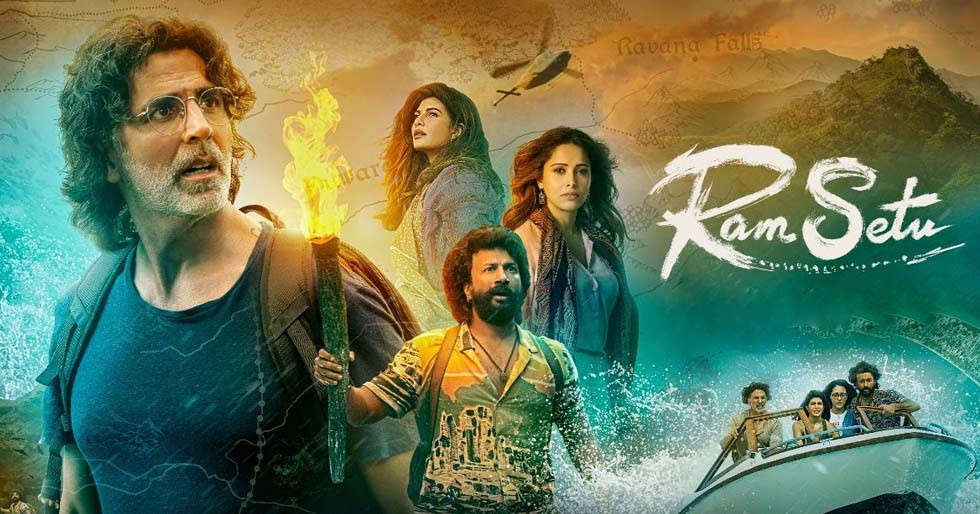 Temples and religious motifs are a matter of faith and should be taken as such, their veracity shouldn’t be challenged. The feelings of the majority shouldn’t be trifled with at any cost. This remains by and large the film’s broad argument.
Dr. Aryan Kulshrestha (Akshay Kumar) is a world renowned archaeologist who is asked by the government to prove that Ram Setu, which exists between India and Sri Lanka is actually a natural formation and not a man-made structure. His wife Gayatri (Nushrratt Bharuccha) warns him not to take up the controversial projects as it might earn him the ire of the masses. He still proceeds to do so and is seen as a villain by the society. The public sentiment is against the dismantling of the bridge and hence the government needs more proof. They set him up with a moneybags investor (Nassar), who has his own interest in the destruction of the bridge. He’s provided with a state-of-the-art floating lab to gather concrete evidence. However, the physical evidence gathered under the water starts pointing towards the fact that its indeed man-made. That’s when things get awry. The industrialist wants Aryan and his team to be eliminated. How they escape death and come back to India in time to stop the destruction of the bridge forms the crux of the film.

The film juxtaposes fact and fiction to make for a compelling case for making us believe that things described in the Ramayana are not folklore or mythology but actual history. The film takes us through the jungles of Sri Lanka to various sites mentioned in the holy epic and makes us form our own opinion about their authenticity. The film couldn’t be shot on actual locations because of the coronavirus pandemic and hence various parts of India stood for Sri Lanka. The underwater effects have been nicely done, though they aren’t as grand as one expected them to be. The makers take the Indiana Jones route but stop short of turning Akshay Kumar into an all-conquering adventurer. The edge-of-the-seat excitement that’s the staple of such films isn’t properly recreated. So much more could have been done with the material but you feel the director has kind of pulled in his punches. While an attempt at keeping it real is laudable, you feel cheated not seeing Akshay Kumar used to his full potential – that of a bonafide action star. Such films provide a whole lot of joy because of their campiness and improbability. Ram Setu stops being fun and becomes preachy after a while. We want Akshay Kumar to explore the mysteries of Ramayana and instead he offers arguments in court about taking the epic at its face value.

Apart from Akshay Kumar, the actor who gets the most footage is South actor Satya Dev, whose antics remind you of Circuit from the Munna Bhai series. Unlike Circuit, he remains a mysterious figure and provides the only real twist in the film. Both the girls, be it Jacqueline Fernandez or Nushrratt Bharuccha, don’t have much to do. The former plays a concerned environmental scientist while the latter plays the loving wife. Both are competent in their parts. The film revolves around Akshay Kumar. He has tried his best to be a geeky academic and has vastly underplayed his part. He’s such a charismatic actor and hence it’s difficult for us to see him in such a sedate role. We don’t want him running away from danger but running towards it. He’s tried in vain to make his character look believable and remains committed to the film’s vision till the last frame.

Synopsis: Is Ram Setu a myth or reality? An archaeologist (Akshay Kumar) must decode the origins of the mythical India-Sri Lanka underwater bridge, which is believed to be built by Lord Rama.
Review: Ram Setu comes across like a toothpaste ad where random actors dressed in white aprons assure you that their toothpaste is dentist recommended. The ‘doctor ki suno’ strategy is to convince people about the product’s scientific benefits and claims. Ram Setu does pretty much the same. It puts together characters parading as scientists, environmentalists, experts in archaeology with only one intention —they must acknowledge, approve and propagate the legacy of Shree Ram and Ram Setu (mythical bridge between India and Sri Lanka) as part of history and not mythology. Since these characters believe in science over sanskriti and aastha, the director wants you to know that they are no bhakts so there’s no bias.

Leading the atheist-turned-believer brigade is Dr Aaryan, a 50-something Akshay Kumar with a millennial name. Styled like an ageing Brad Pitt in homeless chic, Aaryan is a renowned archaeologist, known for his excavation in Afghanistan. He graciously hands over an ancient treasure box to the neighbouring country and reiterates India-Afg-Pak unity against the Taliban. He announces, “Hum Afghanistan ko unki khoi hui virasat lautane aaye hai.” He also keeps repeating, “I am a man of facts and history. I only believe what can be proven.” Accused of blasphemy, he is taunted, “Iss desh mein jo Ram ko nahi manta, uska muh kaala hona chahiye.”

Given his lack of belief in God and religion, he is chosen for a dubious expedition. An evil corporate (led by the very talented south actor Nassar), wants to destroy Ram Setu for commercial gain, but there’s a catch. He needs evidence that can prove in the Supreme Court, that the bridge is not man-made (or Ram made), instead naturally formed. If proven so, no religious sentiments would be hurt on its destruction. He ropes in atheist Aaryan assuming his verdict would definitely go in his favour. However, surprise-surprise, that’s not the case. Even a five-year-old can tell what Aaryan discovers on this mission.

A lop sided argument on mythology versus history, Ram Setu is the kind of film, where you can precisely tell the final outcome in the first scene. There is no joy of discovery because it plays out like a poorly scripted reality show that isn’t even discreet about its purpose. The film is painfully predictable and blatantly manipulative. Even if you overlook the motive, the supposed survival- drama, is way too dull and far-fetched for a mythical adventure movie. Characters locate ancient hidden caves, floating rocks, manuscripts, sanjeevni booti and Ravana’s Lanka faster than any food delivery app.

There’s also a poor man’s, Iron Man like (minus Jarvis) underwater suit that Akshay slips into for this expedition that fails to heighten your curiosity and awe. If the build-up is disappointing, the climax only gets worse. Set in a courtroom, Aaryan rants about ‘progress not at the cost of sanskriti’. In its desperate attempt to reframe mythology as history and vice versa, it does a lot of disservice to Shree Ram’s legacy and faith in general. Barring a few decent chase sequences, Ram Setu has no spark and is way too preachy. Lord Rama doesn’t need a salesman or films acting as Instagram influencers for him. 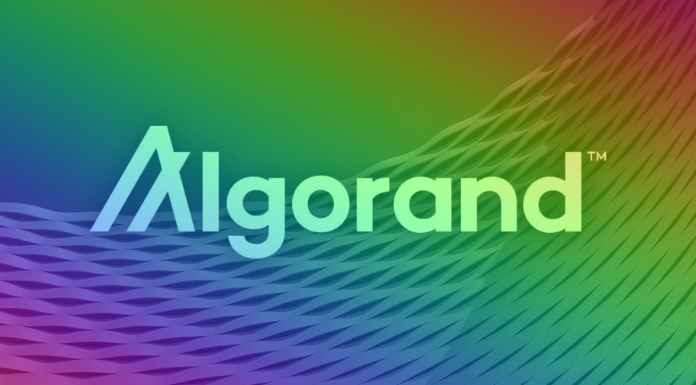 Algorand gets layer-2 protocol Mikomeda; but how did ALGO react to it 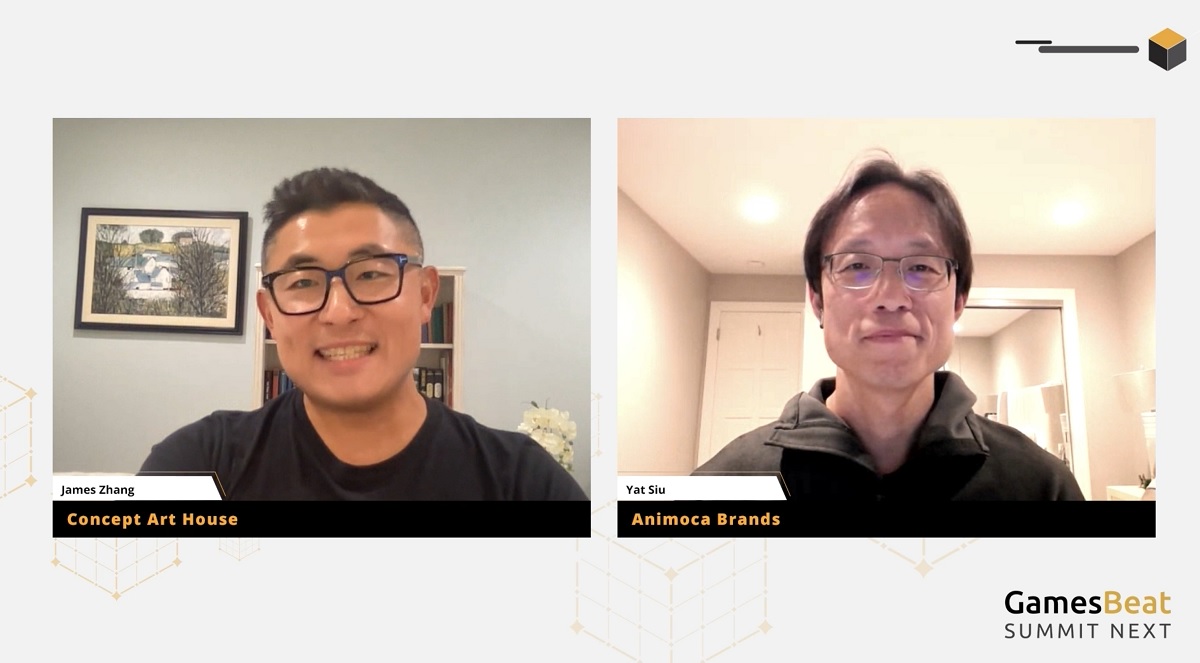 ‘The Family Stone’ Cast: Where Are They Now?

‘GOT’ Alum Gwendoline Christie Among 8 Cast In...

TV Schedule, Fixtures, How To Watch