(Disclaimer: A copy of Violet was provided by the developer for review purposes.)

The very first thing I did in Pokemon Violet was turn on the living room television, which was displaying a static image of sandwiches, beneath which a text box was providing narration (the way TVs work is a comforting constant in the Pokémon universe). But after the text box closed and I tried to walk away from the TV, the camera just stayed there as I stumbled out of view, aimlessly trying to locate Mom off-screen so that I could start my journey.

A few minutes later, after I’d managed to leave my house, I went to see my next door neighbor and walked through her front door. Then I automatically walked backwards out through the door. Then I opened the door and walked through again. Thankfully (yet kind of regrettably), this is where my glitches ended, though I’m aware that the internet is full of hilarious spaghetti-armed trainers and sleepy baby crocodiles plummeting to their doom in Pokemon S&V. Even though these bugs didn’t have a big impact on my experience, someone at Game Freak needs to address whether this project was rushed out the door or whether the Switch hardware just can’t handle the scope of the games they’re trying to put out.

But despite the shaky beginning and the frustrating moments of dealing with geographical barriers (which I’ll get to later), this game had me more invested than any other in the main series. It comes strong out of the gate, providing a character creation mode that offers a broad variety of skin tones, hair and eye color, and hair and makeup styles. Even though the game still locks you into the gender binary (your gender is rarely mentioned though), none of the creation options are gender locked, so behold my majestic flowing hair, my signature Cindy Crawford mole, and my come-hither eyelashes. There are still no options for facial hair, but, hey, you’re 10 years old. Cope.

You could argue there’s a lack of clothing options available too.Your main outfit only consists of one of four school uniforms, one for each season, but all are available from the start, and you can purchase shoes, bags, hats, gloves, and glasses to make your character stand out. This seems like a downgrade in customization, but the story and aesthetic are built around a boarding school, so keeping everyone in their uniforms serves to maintain the general feel.

But that’s just your face and clothes, not the little monsters this game is named after. In total, there are 106 new ones to collect, including version exclusives you’ll have to trade to catch ’em all. That’s a heavy task, especially since the series moved away from its pixel-art roots, a lot of fans have been critical about basic round designs with faces painted on such as the Lurking Steel Titan. And while there are a few of those …

… the majority have brought in creative takes on classic animals or other delightful little creatures, like the armor-clad Charcadet, which evolves to develop either bulky golden plate mail or twin blades depending on what version you’re playing.

Mechanically, battles play out pretty much like they have since the late ’90s, but they’re crisp and clean and have some added twists. I was wary of the terrastalizing mechanic at first, which covers Pokémon in a crystal shell for a power boost. It seemed like it was going to be another boring, overpowered gimmick like Z-moves or Gigantamaxing, guaranteed to win you any fight. But in practice, it actually adds a lot of fun, and the computer’s use of it made for some of the most interesting and challenging boss battles in the series. It’s limited to one use per Pokémon Center visit, so it can’t be spammed, and its ability to temporarily change your elemental typing can completely shift your STAB bonus and defensive scheme.

But where Scarlet & Violet really outshine their predecessors is their story. While the game still carries a cutesy and fanciful child’s view of the world, the writing team took some bold risks, offering mature insight into subjects such as cyclical bullying, absentee parents, illness, and the death of a loved one. Of course there’s still cartoonish gags and cheap laughs because kids are the target sales audience (gotta catch ’em young!), but when the story pace slows to explore serious issues, it never feels forced or pandering. It drew me further into the world, let me shake off my suspension of disbelief, and made me want to do what I could to help out my classmates.

Each of the three branching storylines involves a different classmate, and to my astonishment, each had me tearing up at least once. Your neighbor Nemona has already beaten the Elite Four before you even came into the picture, but it’s lonely at the top, and she just needs someone to challenge and motivate her. The mysterious Casseopia wants you to dismantle Team Star, the organized group of school bullies, but as you progress through their story, you get some surprising insights into why they banded together in the first place.

Above all, there’s Arven: the lonely, neglected son of the version-exclusive game’s professor. He pretends he’s recruiting you to help him gather herbs to make delicious sandwiches, but before long, you realize he’s actually collecting them to try to heal his ailing dog Pokémon, and the only true companion he has left. I can’t really do these storylines justice without spoiling them completely, but their heavy emotional content feels right at home in the world of Pokemon.

So much of Pokemon S&V works well, and rather ironically, what hurts it the most is the thing Nintendo put the most effort into promoting, and what fans of the series have been begging for since the series went 3D: the open world. It fails on this front in two ways.

But the mobs and bosses don’t scale to your level, so while you can rush ahead to the high-level ice gym early on, be prepared to stand outside the city and grind for hours or else you’re going to get one-shotted every time. That’s easy advice to give, but I didn’t take it. It seemed a waste to walk away from a gym I’d spent so long trying to find a path to.

That brings me to the other problem of the open world—it ain’t so open. I got lost plenty of times wandering among rocky paths with a destination in mind but no clear way to reach it, dodging pointless low-yield battles all the while. Then, once I finally found an opening through the ruddy stone, I’d emerge near my destination to find a craggy recreation of The Wall from Game of Thrones looming over me. The last time a game made me wander halfway across the map to find a break in an unscaleable cliff face, I was at least able to vent my frustrations by yelling “Fus Ro Dah!” at whatever unfortunate woodland animal crossed my path.

Ultimately, these games were the result of Game Freak and Nintendo taking a risk and giving the fans something they’ve been begging for over a long while. It tries to mix Legends: Arceus with the main series, and it half-succeeds. Some things brought innovative and fun changes, while we learned others were better off they way they were before. If Pokémon fans can look past the obvious flaws and limitations, there’s so much to appreciate here.

NEXT: Pokémon Scarlet & Violet: How To Complete The Gym Leader Evaluations 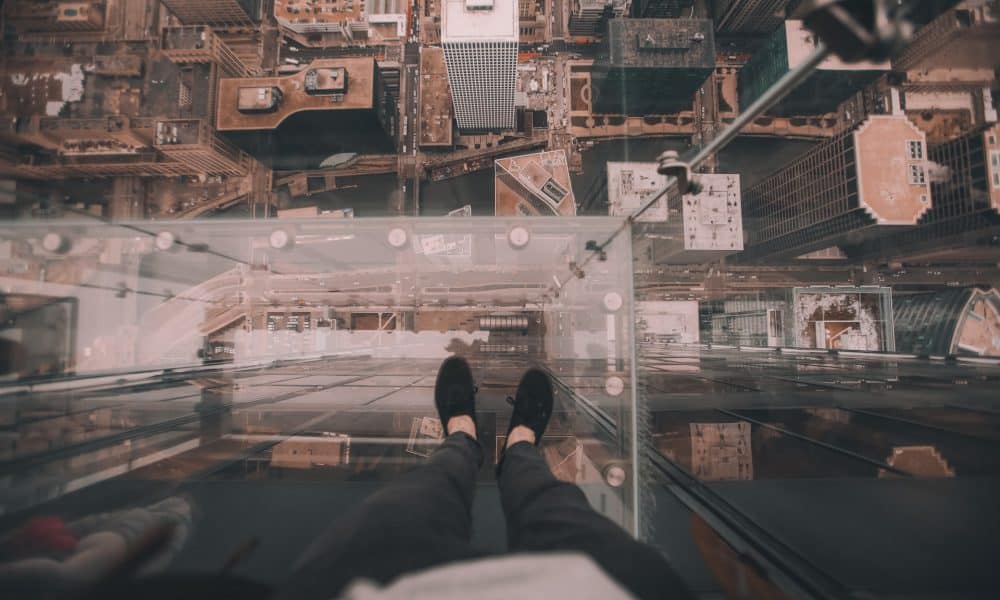 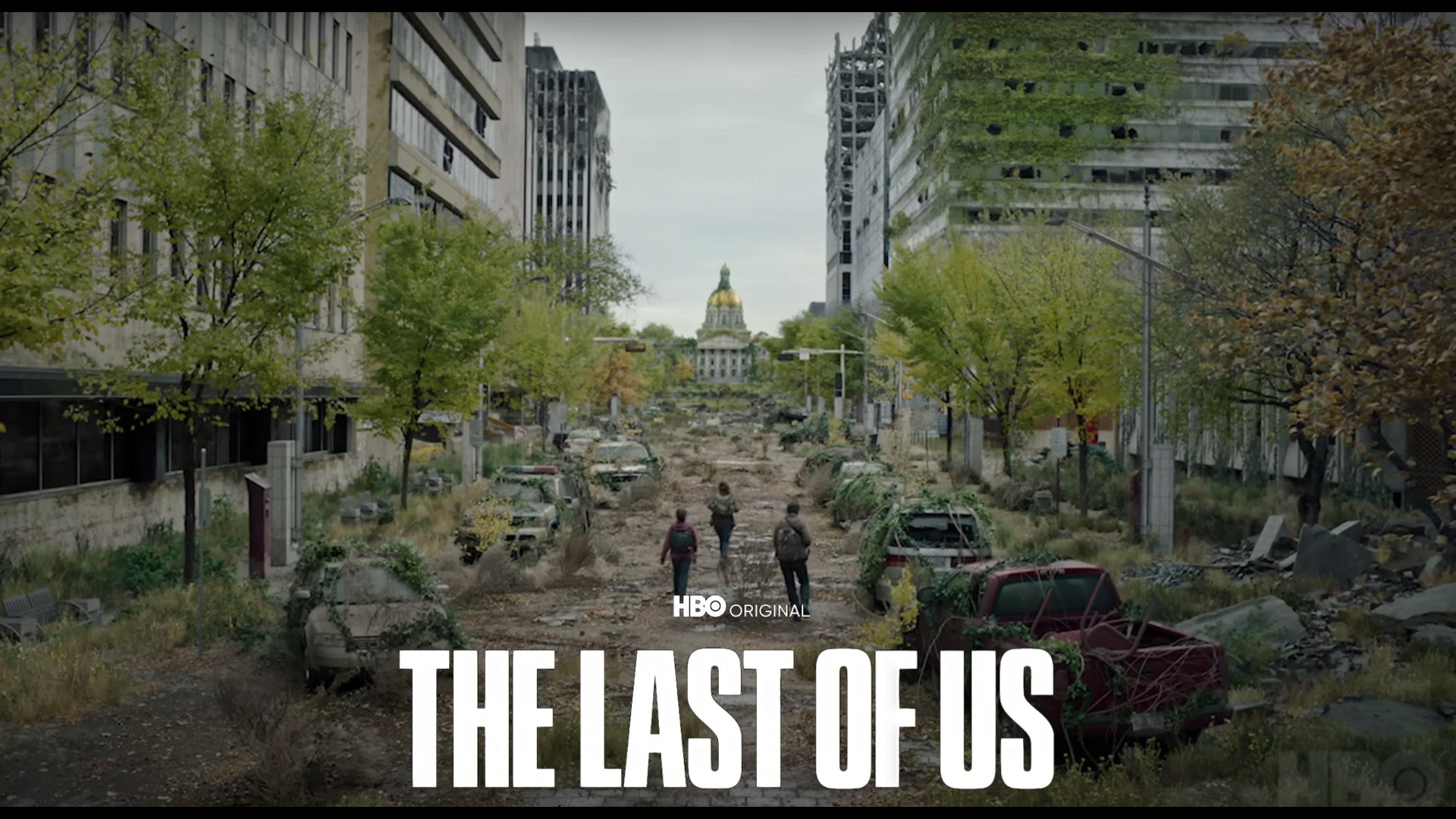 The Last of Us TV Show: Episode 2 Preview Trailer

A Test Of Magic And Morality

Creepy co-op Rusty Lake adventure The Past Within takes the series 3D...