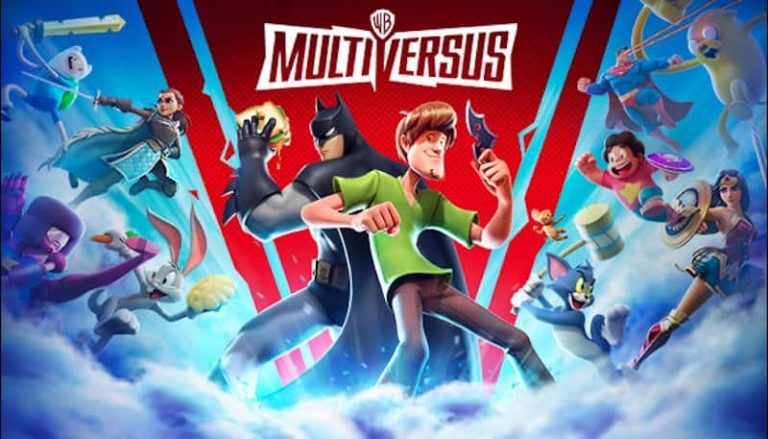 Player First Games has announced full details on MultiVersus Season 2, which is officially kicking off today with a host of new content, including a shop, Big Head mode and various character balance changes. You can read the full MultiVersus Season 2 patch notes below.

Season 2 starts with a new Battle Pass packed with content. We heard your feedback and made sure that there are no tiers without rewards. We also tuned the number of points required to complete each tier so that the Battle Pass feels both engaging and rewarding.

You can now equip up to 3 badges and show them off to the MultiVerse!

THE STORE IS OPEN

Check out the new MultiVersus in-game store! All cosmetics and characters are all in one place now! Browse away!

We’ve put in place some network traffic optimizations and Multi-Path Traffic Acceleration. This is just the beginning and we’re seeing promising results, but we will continue to improve our online experience for everyone!

Ringouts were coming a bit too fast on the map so we increased the size by a bit.

Scoring a basket now awards points based on the distance thrown. Try for some difficult 3 pointers!

Basket scores will now be broadcasted on the BIG screen!

Attacking a player holding a basketball item will cause that player to drop the item. Try fighting for control of The Court!

The Court’s walls can no longer be attacked and will only break on a player wall bounce.

Space Jam is still only available in Custom matches or in the Lab.

Any feedback would be appreciated as we continue to hone in a version of the map for queue!

Intro tutorial has been simplified, removing a number of steps

VO clips have been added to the intro tutorial.

Players are now given the option to go into arcade or their first match after finishing the intro tutorial.

Jump into Silly Queue to try our BIG new ideas!

Our new game type is Big Head Mode! Characters will have large heads, and even larger cooldown reductions! Use your newfound knowledge to take home the win!

New items added to the game:

‘Bounce Pad’: Place a spring pad that will launch anyone that steps on it upward.

‘Proximity Mine’: A placeable mine that will detonate when enemies get close

‘Drumstick’: Cooked chicken leg that will when thrown will turn hit enemies into Chickens for a short time

Astronaut Velma (Unlockable on Tier 1 of the Premium Battle Pass)

Bug: Fixed an issue that was causing jumps to be rejected by the server when attaching to a wall.

Block buff is no longer consumed by light projectile attacks

Ice To Beat You! – Stacks of Ice are now only applied by Heavy Projectiles

Signature Perk – Betrayal perk enrages allies/Arya but they will deal 3x weakened on hit down from 5x.

We were finding that weakened influenced the gameplay of Arya and their opponents too greatly at higher level play.

Grounded Down Attack – Delayed branching into dodge and jump on hit to prevent endless chaining back into itself.

Aerial Down Special – Removed the ability for this move to combo back into itself in order to prevent endless chaining.

The power level this gave for very little effort made this perk feel unfair to opponents of Batman so we reduced it a little.

General – Fixed issue where the electric tether hitbox would linger after the visuals faded.

Grounded Side Attack – Much smaller hitboxes for all 3 jabs to better match the visuals.

Grounded/Aerial Side Special – Increased the acceleration and hitstun of the projectile slightly.

We wanted to reintroduce some combo paths back to Bugs Bunny, while avoiding his infinite loop. We hope this change does that.

Bug – Fixed a bug that was causing her arm hurtboxes to stay on during attacks when they were not intended to.

This was added to prevent a strategy that rewarded very passive gameplay in singles.

Bug Fix – Fixed issues where the arrow would be destroyed when it shouldn’t be.

Grounded Side Attack – Can cancel to other attacks 1 frame earlier on hit.

We’re testing these changes to remove an infinite combo. We understand this removes some combo routes from Harley, but we felt it was unhealthy for the game and opponents facing it. We’ll continue to evaluate Harley’s power level after this change and welcome any-and-all feedback on these changes.

This was changed to prevent a skill-check Knockback-influence (KBI) that could instantly ringout players even at low damage.

Aerial Side Attack – Allowing ground momentum movement even when charging the knee. This should allow movement to carry and not get halted for better feel.

Aerial Up Special – Kicked rocket without Jerry attached is now properly classified as a projectile.

Bug Fix – Fixed several issues where Velma’s speech bubbles would be destroyed when they shouldn’t be.

Aerial Up Attack – Has 2 less active frames at the start of the hit frame. How to Get the God of War DualSense Controller

The Super Mario Bros. Movie trailer is out, and it looks pretty solid

No room for another monitor? Use your desktop’s...

What Olivia Wilde, More Have Said

The Japanese Robot Suit That Looks Straight Out...

Fortnite adds High Stakes Club’s Joni the Red in the...

Every Cameo in ‘Knives Out’ Sequel