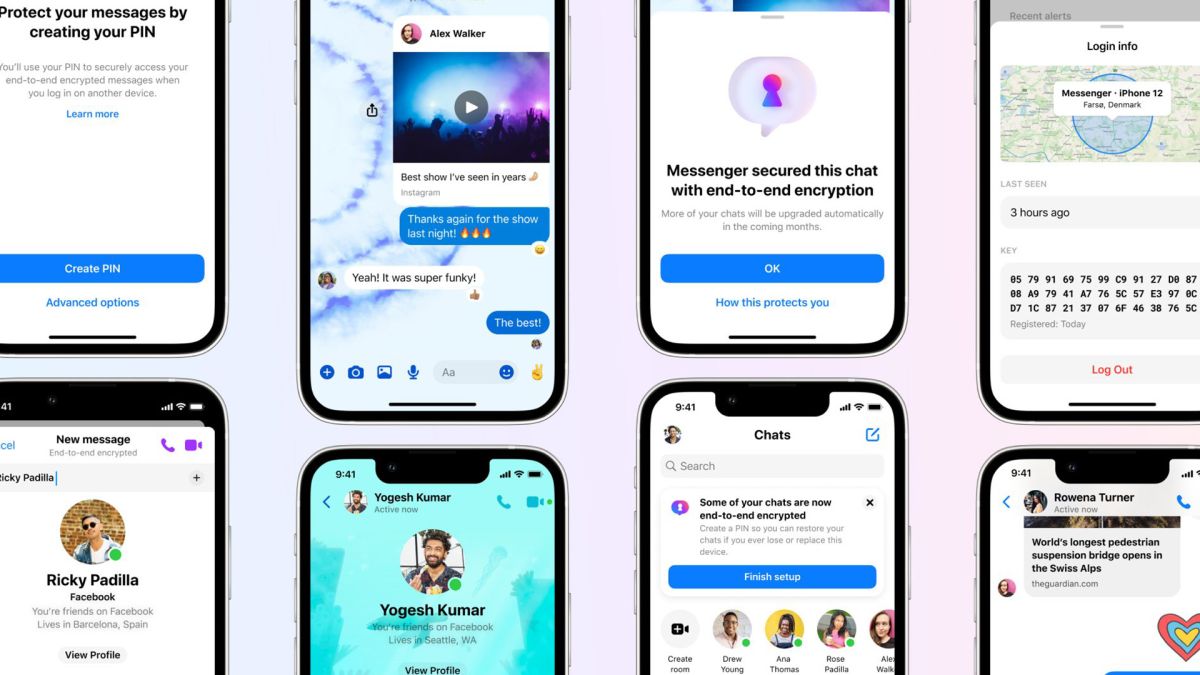 Meta’s bringing end-to-end encryption to all Messenger users, but not all at once


Over the next few months, Meta will gradually expand end-to-end encryption (E2EE) to all Messenger users to ensure a high level of security across the board.

“Gradually” is the keyword here as Meta states it will randomly choose (opens in new tab) which chats get E2EE and which ones don’t. When chosen, everyone in a selected chat will be notified if their app now has that extra layer of protection. The reasoning behind the random selection process is to ease both users and the company’s own infrastructure so as to not overwhelm either of them. Ideally, the rollout will go more smoothly when done little by little instead of all at once. Plus, Meta will be testing whether or not E2EE will be a default setting for Messenger during this period. So if you are one of the lucky few who gets picked first, be sure to install the update as soon as you can to have optimal security.

It’s worth noting that back in 2021 (opens in new tab), Meta said it had plans to release a full version of E2EE to both Messenger and Instagram in 2023. The latter’s end-to-end encryption is available in certain regions with an official launch presumably still in the works. Instagram’s E2EE feature has been in a testing phase as of August 2022 (opens in new tab). Not much else is known, but Meta does mention in this latest announcement that it will provide updates “over the course of 2023.”

In addition to the expansion, E2EE-enabled Messenger chats will be getting six new features that boost security and customization; although it’s nothing that we haven’t seen before.

You have things like link previews so you know where you’re going when selecting a hyperlink and the ability to adjust your Active Status for added privacy. Going further down the list, chat themes are now available so you can ditch the plain white background plus custom emoji reactions, profile photos for Groups, and Bubble notifications to appear when using other apps (although only on Android).

It looks like Meta is bridging the gap between the non-encrypted version of Messenger and this new E2EE-enabled version. Perhaps the company is setting things up to eventually ditch the non-encrypted app as part of a long-term plan, but it’s still too early to tell if that will be the case.

We asked Meta if the six features will launch today to all users with E2EE Messenger or if will they coincide with the gradual rollout mentioned earlier. We also asked for an update regarding Instagram encryption since there’s hardly been any news regarding the E2EE on the app in the past several months. This story will be updated if we hear back.

If you’re interested in other messaging apps with E2EE and don’t want to wait for Messenger, be sure to check TechRadar’s updated list of the best. Of course, you have Meta’s own WhatsApp, which has had encryption for years. You also have Telegram and Threema.

Jessie James Decker Was ‘So Confused’ by Backlash to Kids’ Abs

Meta is killing Portal and both its unreleased smartwatches

Got an old iPhone or iPad? You need to install this security update now

Lindsie Chrisley Reflects on Christmas Without Son After Divorce