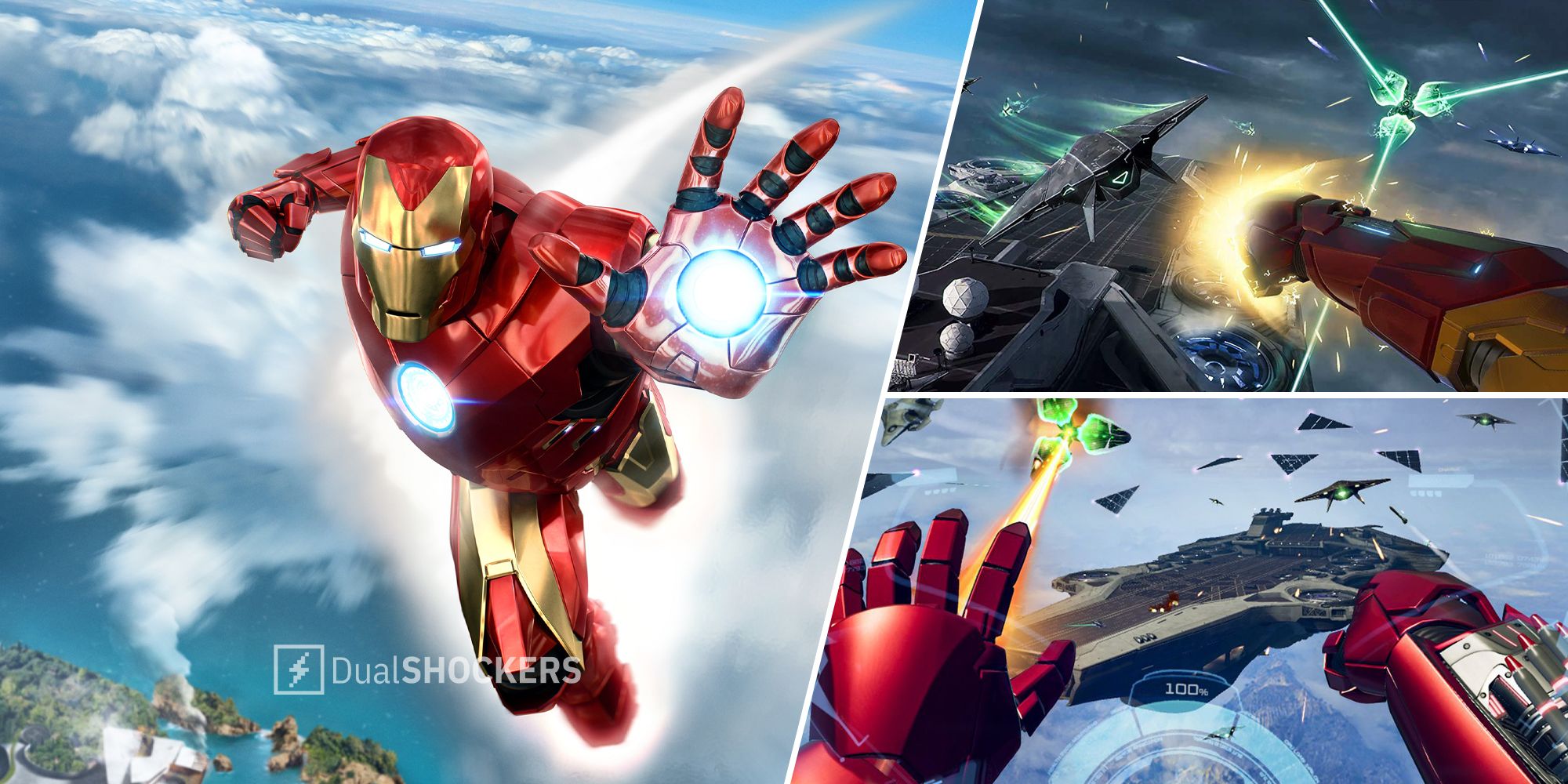 Disclaimer: A copy of the game was provided for the purpose of this review.

After a couple of years being stuck on Sony’s PSVR headset, Marvel’s Iron Man VR by developer Camouflag has landed on Meta Quest 2. With this new release comes a new way to suit up as the armored ex-alky. Gone are the PSVR’s mess of cables and dodgy wand controllers, replaced now with the freedom of wireless play and controllers with proper sticks and buttons. But is it any better? The short answer is ‘yes’, though it’s not without its flaws.

Marvel’s Iron Man VR takes players through an original story that pits Tony Stark against a little-known (at least if your exposure to Iron Man comes through the movies) enemy named Ghost, among others. It’s a by-the-numbers story; honestly, I didn’t much care for it – the outcomes were predictable without any real surprises. A bit like most MCU movies, then. That said, it did at least manage to avoid the cringe writing that the MCU has devolved into over the past decade, so thumbs up on that count.

While I’m a little disappointed to not get my gritty Nolan-style Iron Man game that explores the damaged psyche of an alcoholic who has the ability to drink and fly (and start a one-man war) I’ll take what I can get, and what Camouflaj has delivered is a solid Iron Man experience. From wandering around Stark’s Malibu home to soaring through the skies and blasting enemies to smithereens, Camouflaj has given us a glimpse into what it would be like to be a metal-coated superhero, if only for a few hours.

Full disclaimer: I’ve actually played Marvel’s Iron Man VR before, albeit briefly. I have the game for the PSVR, but despite being a big proponent of Sony’s debut goggles, I really couldn’t get behind the game on that particular headset. The controls were just too fiddly, and with the light-based tracking and the inherent dangers that come from turning on the spot with a thick cable trailing beside, around, and beneath me, I gave it up before I even managed to beat the tutorial.

Thankfully, on Meta Quest 2, things are a little easier. The controls still rely on you moving your hands to dictate how your fly around. To fly up or take off, you have to face your palms downward, just as Iron Man does in the movies to take off. Slamming your feet together and moaning about being a solo avenger is completely optional, but I threw it in there all the same.

Once you’re up in the air, moving around is done by tilting your wrists. Face them forward to go backwards, backwards to go forward, and so on. Turning can be a little tricky, but if you enable stick turning in the settings, you can get around much easier with a more traditional stick-turning input method.

Despite the easier inputs, I still spent my first half an hour floating around clumsily, bashing into everything in sight. But I did eventually warm to the controls, so much so that I was able to thread the needle through rock formations outside Tony’s house, weave through skyscrapers in Shanghai, and even the tight interiors of the S.H.I.E.L.D hellicarrier, all while firing off rockets and propulsion beams from my hands, which actually makes up about 90% of the gameplay.

The game’s missions are fairly simplistic and they do fall into the trap of repetition. The simple recipe is: fly around, destroy a few drones, get some exposition in the earpiece, and then back to blasting bots. Some missions mix it up by throwing in bombs on a timer or defending something from waves of enemies. You’re also treated to some by-the-VR-book hands-on interaction, whether it be picking up a phone or ripping a door off a wall. Nothing unexpected, but all cool nonetheless.

While the game’s combat is great fun – blasting a crowd of drones with the beam from Iron Man’s chest will never not be cool – it isn’t perfect, and that’s more on the technical limitations of the headset than the game itself.

I noticed far too often that when things got a little crazy, the frame rate would drop. Not a disgusting amount, mind you, and it was never bad enough to break the game, render it unplayable, or make me sick, but it was enough that I would notice the slow-down and the judder. It’s a shame because graphically, the game looks great when you consider what it’s running on and what it was originally developed for, and the crystal clear image is a real joy, but the hiccups are there and they are noticeable.

Marvel’s Iron Man VR is a decent game, no matter where you play it

Between missions, you’re taken out of the suit and dropped into Tony’s gaff for a bit more exposition, albeit in person with your A.I assistants, F.R.I.D.A.Y, the prissy Brit, and Gunsmith, the A.I built in Stark’s own image. These moments tended to drag on longer than I’d have liked, but there’s some purpose to these between mission hangouts. You can explore Tony’s house and find fun little nods to the wider world, or play an arcade basketball mini-game, and, most importantly – upgrade the suit.

You’re scored for your performance in missions with a ranking between one and five stars. Get five stars, get five upgrade points, and so on. These points can be used to tweak the Iron Man suit across two loadouts. Or, you can completely ignore it and not really suffer. I found the upgrades to be inconsequential and I wasn’t punished for not making use of them. Still, for a bit of replay value, they’re nice to have as you’ll have to replay missions to get the full five-star rating.

Replayability also comes in the form of leaderboards, achievements, and time trials, where you’ll run through races to try to beat the set times by the game’s development team. These… were bloody hard. I felt like a true hero during the story, but I was quickly humbled after tackling some of these challenges. I’ll get those scores one day. Maybe.

Marvel’s Iron Man VR is a decent game, no matter where you play it, though I would argue that the Meta Quest 2 version is perhaps the best way to play thanks to its ease of use and cleaner visuals. The intuitive controls, fun aerial combat, and some quality presentation make for a heroic effort by developer Camouflaj, and a worthy addition to any Quest 2 library. 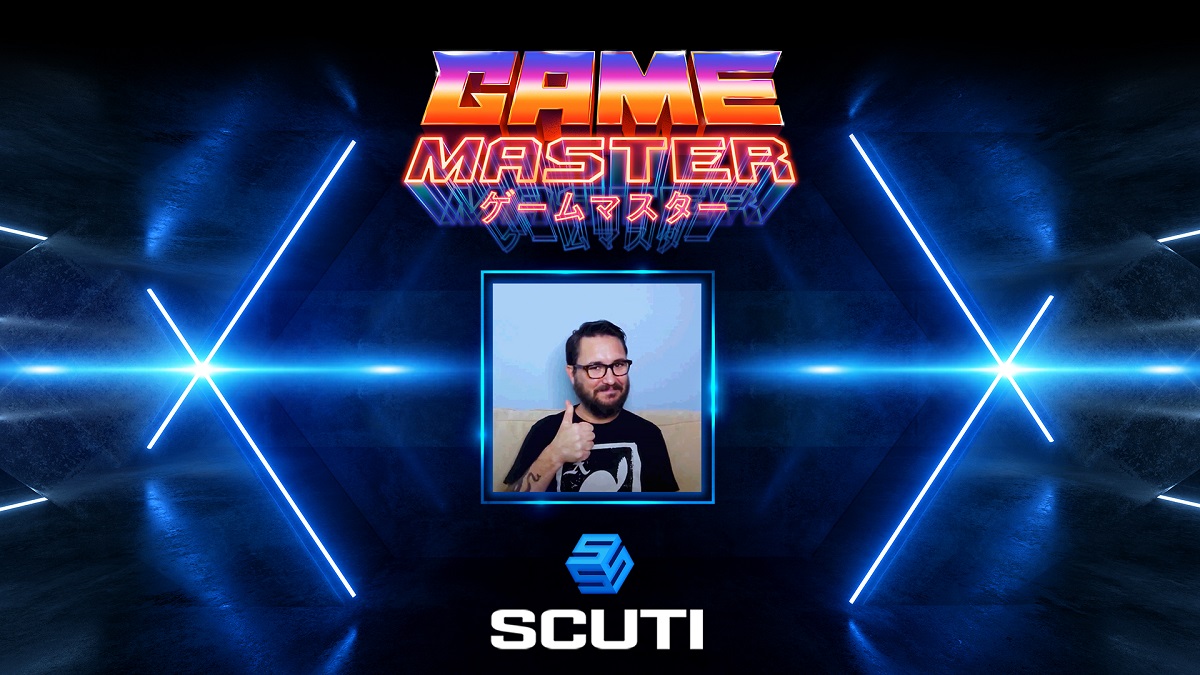 GamesMaster teams with Scuti on reality show for gamers

The Quarry Review – Who Will Survive The Night?