In Davos, crypto and blockchain companies have a growing presence at the World Economic Forum’s annual event

DAVOS, Switzerland — As the World Economic Forum’s annual billionaire- and braggadocio-filled gathering kicked off this week, a redemption party was in full swing down the road. Crowds had spilled onto a red carpet outside a whiskey tasting at the “Blockchain Hub.”

“Restoring trust in digital assets,” a sign outside read.

The whiskey had its work cut out for it.

After a year of massive losses, arrests and unfolding legal troubles, many of the world’s largest cryptocurrency and blockchain companies are back in Davos this year, hoping to shore up — or resuscitate, if necessary — the industry’s image and attract new investors.

The yearly gathering of the world elite — known for its concentration of billionaires, bankers and heads of state — has become an unlikely destination for an industry that has long pitched itself as an alternative to traditional banking, beyond the reach of government and financial institutions. And while some key players — including Tether, a crypto giant that passed out free pizza at least year’s conference — are missing this week, many others are doubling down on their presence, both on official panels and at private shops, yoga studios and churches that they’ve converted into promotional event spaces for the week.

“We’re coming in with guns blazing,” said Dante Disparte, chief strategy officer for Circle, a digital currency and payments company. He added, “2022 was crypto’s dot-com-bust moment. Now we’re bringing in key executives and putting on a lot of content that shows that the technology is here to stay. It’s durable. It’s a crucial part of modernizing the global financial system. This is an agenda-setting moment that matters.”

Is crypto a house of cards?

The company, which issues a widely used cryptocurrency pegged to the U.S. dollar, has doubled its investments in Davos this year, with two storefronts on the main drag and more than a dozen employees. Like many of its peers, Circle is focusing on topics like trust and responsibility this year, calling this a period of “great reset” for crypto.

That reset comes on the heels of a turbulent year for the industry. Cryptocurrencies such as bitcoin have lost more than half their value in the past year. Entire firms have collapsed — most notably, the $32 billion cryptocurrency exchange FTX, whose spectacular implosion in November landed its founder in jail and raised larger questions about the industry’s long-term survival.

The value of bitcoin fell sharply last year, dropping from more than $45,000 in March to around $16,000 in November. But it has staged a bit of a revival in recent days and was trading above $20,000 this week, giving its proponents a burst of optimism.

‘Crypto winter’ has come. And it’s looking more like an ice age.

At the same time, government regulators are beginning to comb through the industry with new urgency, issuing fines and subpoenas.

As a result, many blockchain companies, which provide information-storing technology to power the crypto market, are focusing on more neutral topics such as sustainability and innovation. Circle’s building is emblazoned with the tagline “Solving real world problems.” Hedera, which has a token that lost 80 percent of its value in the last year, is billing itself as “the greenest blockchain.”

“In the wake of FTX, we have a real opportunity,” said Nilmini Rubin, Hedera’s head of global policy. “You’re seeing the bad actors fall away and what you’re left with is the more stable, better-governed crypto players. This is an opportunity to reclaim what crypto is and what it can be.”

Still, some question the optics of spending heavily in Davos at a time when so many people, as well as pension funds and venture capital, have had their investments wiped out.

“When FTX collapsed, some of the biggest critiques of the industry were about its excesses: the excessive partying, the celebrity culture, the lavishness of the whole lifestyle,” said Yesha Yadav, a law professor at Vanderbilt University whose work focuses on cryptocurrency and financial markets. “So, at this point, to be doubling down on those same things in Davos — it’s a shocker.”

The criticism, though, isn’t limited to one industry. The annual gathering here has been a frequent target of critics who say it’s tone-deaf and superficial, a place for the elite to debate lofty topics like global unity and climate change while taking little action. This year, the war in Ukraine and heightened fears of a global recession continued to dominate much of the conversation, both at official events and boozy after-parties.

Meanwhile, big-name regulars, including Amazon, Microsoft and Facebook parent company Meta, continue to have a prominent presence here despite thousands of recent layoffs. Salesforce, which this month announced plans to cut about 8,000 jobs — or 10 percent of its workforce — has three storefronts, the most of any company, on the hallowed promenade. (Amazon founder Jeff Bezos owns The Washington Post.)

Will Davos save the world, or put it out of its misery?

Crypto’s outsize presence in Davos began last year, when currencies like bitcoin and ethereum were flying high. The conference devoted two official panels to blockchain technology, and companies spent heavily on advertising and hobnobbing. Large billboards brandying buzzwords like “blockchain” and “Web3” filled the streets and took many longtime conference-goers by surprise.

This year, that presence is even bigger: There are seven blockchain sessions on the official program, including panels on regulation and digital tokens.

“This is an area we’re spending a lot of time on,” said Brynly Llyr, the World Economic Forum’s head of blockchain and digital assets. “Crypto is not always an inviting topic, but we want to demystify it to show that what you see in the headlines is not what the technology is about.”

Many in the industry say the latest tumult is just a blip. They’ve dubbed this moment “crypto winter,” arguing that the recent chill is simply a cyclical correction in a market that will quickly bounce back. But skepticism remains high, particularly among those in government and mainstream finance.

“This feels like a last gasp for crypto,” said Jason Furman, an economist at Harvard University, former adviser to President Barack Obama and frequent World Economic Forum attendee who skipped the meeting this year. “It’s like an ad I saw in a magazine saying the real estate market has never been hotter. You know those people paid for that ad six months earlier, and by the time it came out, it was just wrong and off. That’s crypto in Davos.”

But industry executives say the gleam of Davos as well as its ties with financial corporations and world governments have become even more crucial for the industry this year, as regulators introduce new rules and tighten oversight. Crypto companies spent $7.1 million on lobbying in 2021, up from $2 million the year before, according to an analysis by the Center for Responsive Politics.

“What the crypto industry really wants is to be established — to be integrated with mainstream finance, to be regulated, but on its own terms,” said Hilary Allen, a law professor at American University. “It wants the patina of regulation to attract new investors. The need for new money has become more dire. So what better place to go than Davos?”

Back at the Blockchain Hub — funded by blockchain software company Casper Labs — the whiskey tasting was one of more than 50 events planned over four days. Hours earlier, Anthony Scaramucci, the founder of SkyBridge Capital, which purchased $10 million worth of FTX tokens, had spoken on a panel about his falling-out with the company’s embattled founder, Sam Bankman-Fried.

“I have to tell you, the betrayal and the fraud — it’s bad on a lot of different levels,” Scaramucci said. “It hurt me reputationally. When you have a friend who betrays you like that, it really sucks. But that doesn’t mean it’s the end of blockchain or crypto.”

Down the block, the town’s billboards are in on the message. “Escape the hell of controlling banks and governments,” says one promoting a crypto castle in Germany. Another, near a parking lot, proclaims to the world’s richest: “Crypto is not for Wealth but for Freedom. And Freedom is Wealth.”

Tory Newmyer and Julian Mark contributed to this report. 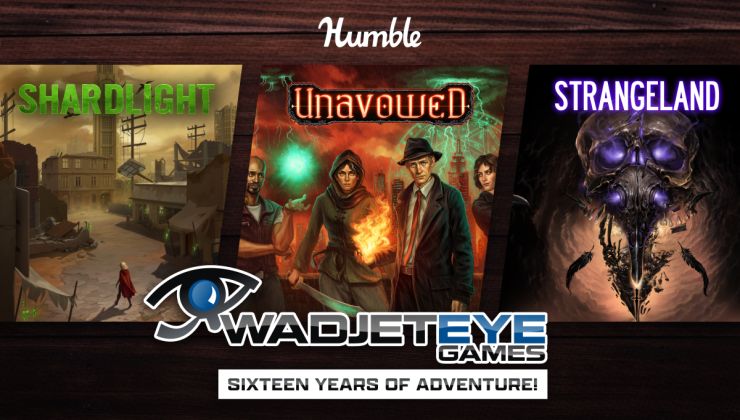 German teens went crazy for this ‘compliments’ app, and now VCs are backing its next phase

OnePlus forgets it makes smartphones and announces… a mechanical keyboard?

Qualcomm, Iridium will connect more smartphones to satellites this year

TechRadar’s year in review: 2022 in phones, TVs, computing and more