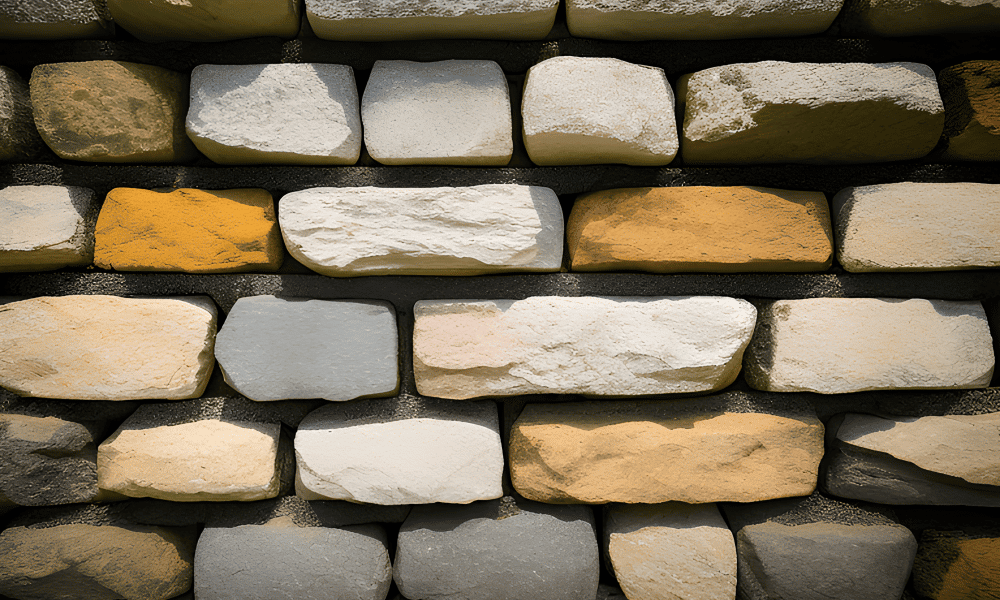 Binance, one of the largest centralized crypto exchanges has managed to dominate the CEX space over the last year, according to data provided by Delphi Digital.

Despite many crypto users opting for decentralized exchanges after the FTX debacle, Binance continued to see a growth in users’ numbers. In fact, Binance outperformed other major exchanges such as Coinbase and Huobi.

Realistic or not, here’s BNB’s market cap in BTC’s terms

.@binance has dominated CEX volumes over the past year. pic.twitter.com/5HCzb0Ypa0

One of the reasons for Binance’s continued dominance could be its proof of reserves. The exchange implemented this system to inspire trust from its users, especially after the FTX collapse.

According to data from Dune Analytics, stablecoins dominate the reserves, making up 57.3% of overall reserves. The rest of the reserves are made up of ETH (13.1%), BNB (10.2%), and other altcoins (19%). This transparent and secure system could have played a major role in keeping users on the platform, even in times of uncertainty.

In fact, the activity on the Binance Coin (BNB) blockchain was also increasing. The number of daily transactions hit 2.44 million over the last week, and the number of daily active users on BNB has increased too. 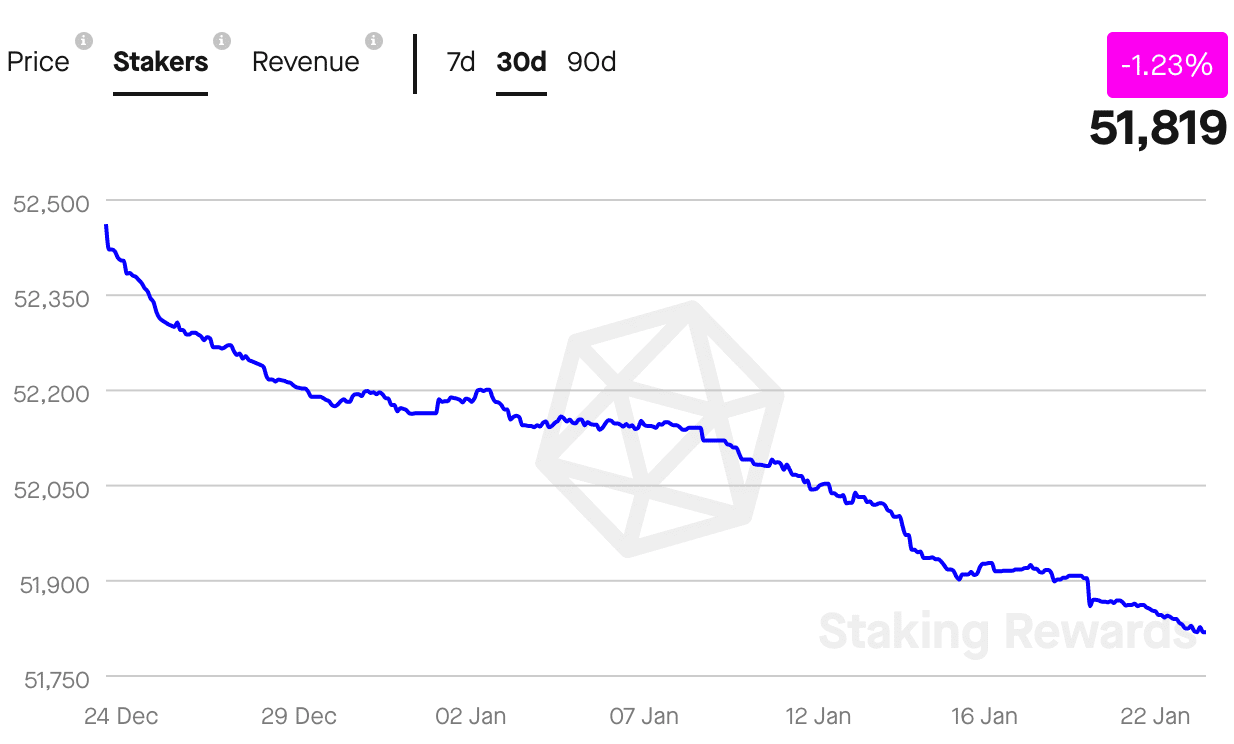 The NFT market on Binance has also seen a decrease in volume over the last few months. According to Dune Analytics data, the demand for popular Binance NFTs decreased.

Popular NFT collections such as SPACE ID and PancakeSwap Squad have witnessed a 75% and 20% decline in traders respectively. The decreasing demand for these NFTs could be an indication of a decline in interest in the Binance NFT ecosystem.

Well, despite growing prices, Binance‘s market cap dominance decreased, and a drop in volatility was also observed according to Messari’s data. 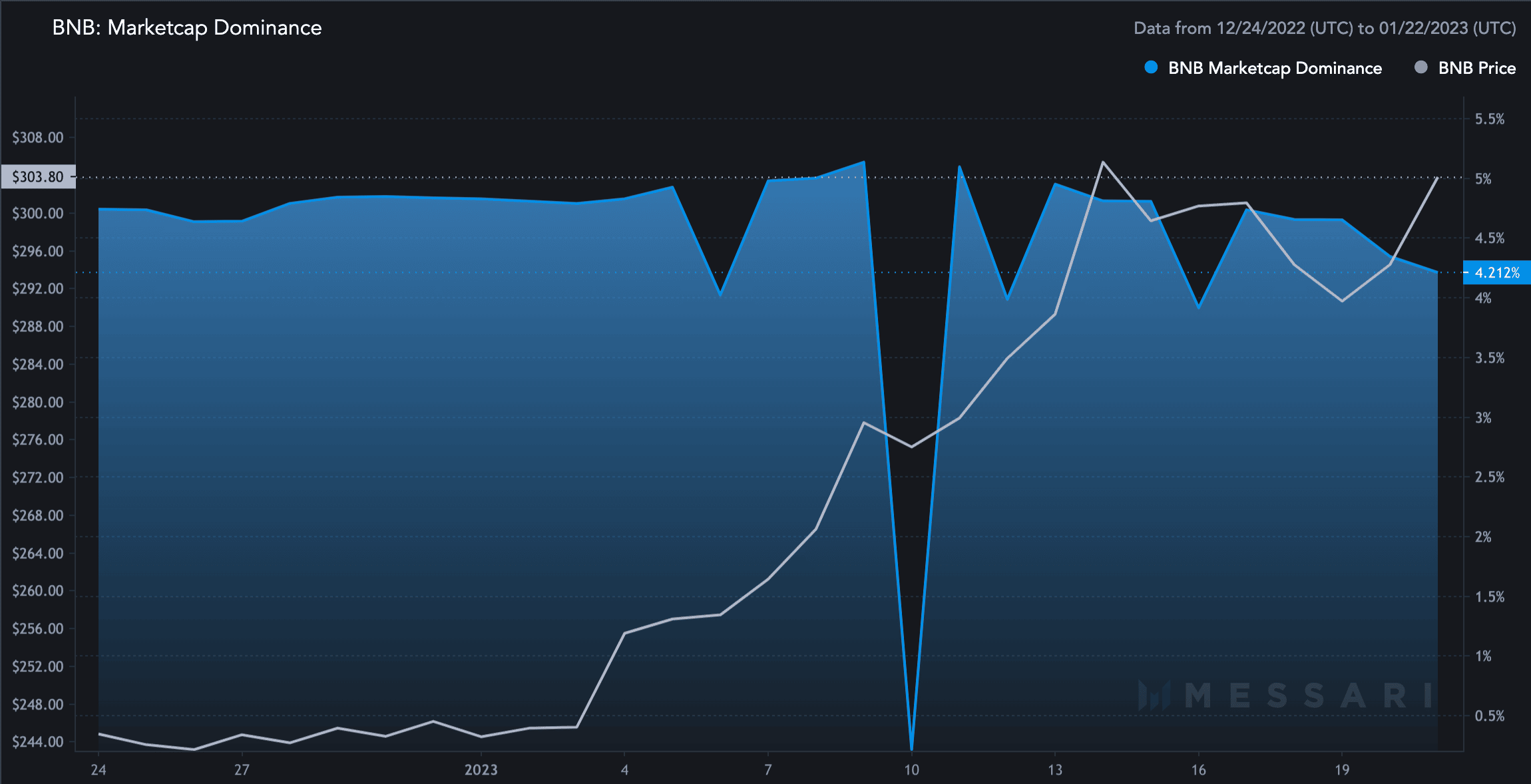 While Binance has managed to maintain its dominance in the CEX space, the declining trends in NFTs and staking could signal a shift in users’ interests.

Has Bitcoin Price Broken Out Of Downtrend Resistance? BTCUSD

Bitcoin’s hashrate posts impressive numbers, but when will BTC’s price do that

Litecoin adds 10 million transactions in 10 days, what does it mean for LTH?