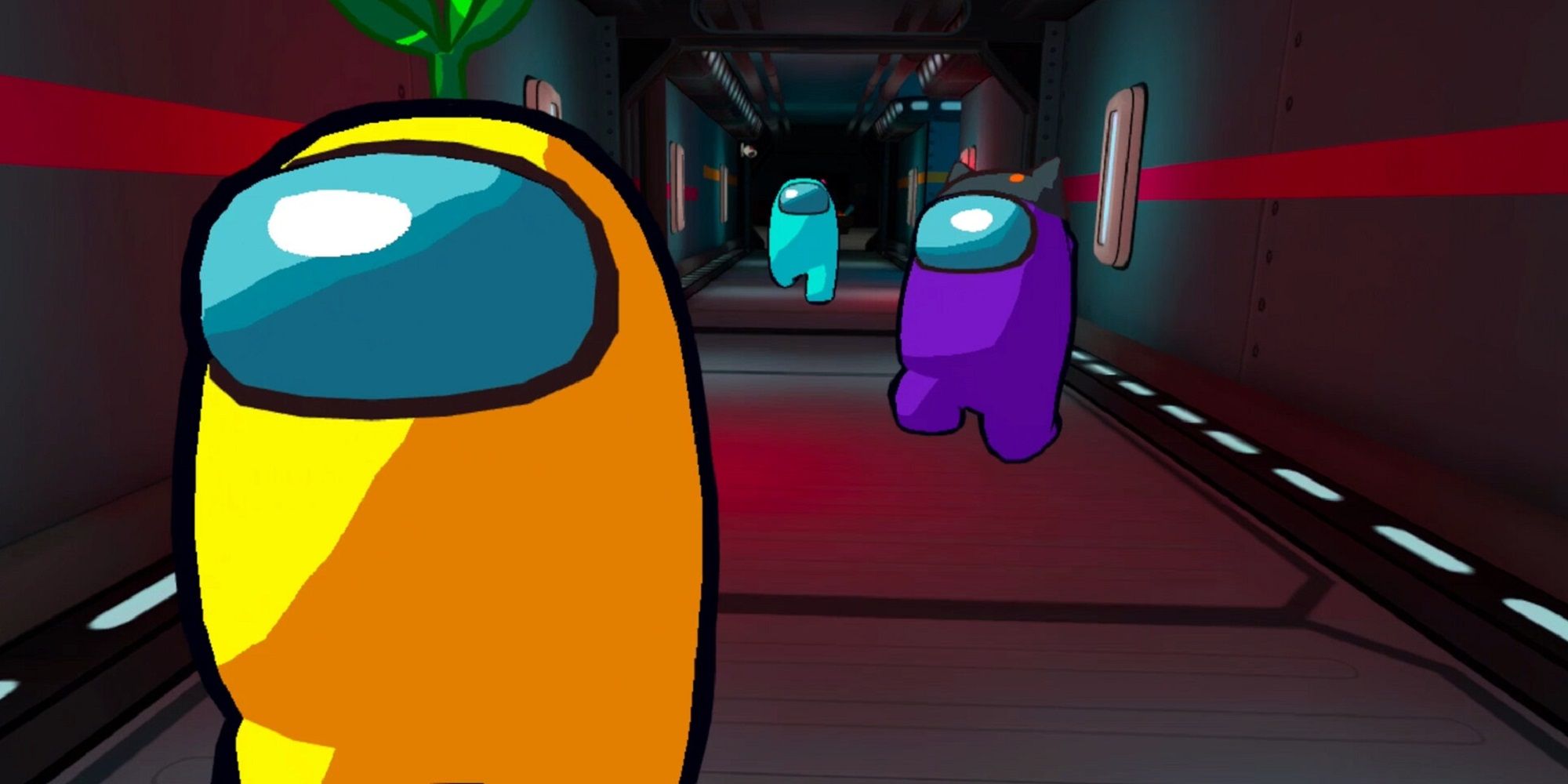 Among Us VR Review

As I go about my ship maintenace task in the meeting room of the spaceship (the highly skilled and specialised activity of whack-a-mole, if you must know), I keep looking over my shoulder anxiously. The red crewmate is staring vacantly at me from across the room, and I don’t like it. Granted, all crewmates in Among Us look rather vacant, and my unease could have something to do with the fact that he opted for a red balloon as his little bit of swag, which just makes me think of all the creepy child-eating clowns in all the clown-based horror movies, but I’m seriously on edge –

All this is amplified by the fact that in VR I’m full-on inside that spaceship, immersed in and surrounded by the same setting that on flat-screen platforms I’d always surveyed from a distant top-down perspective where I could see who was around the corner and wasn’t actually embodying my crewmate avatar.

Mercifully, I’m still alive upon completion of my task but that damn crewmate is still standing there by the exit from the room. I hold my breath, run forward then moonwalk back a few times to see how he reacts – he does the same. I decide to go for it, muttering something about how it’s rude to stare before running off into the corridors of the ship. In hindsight, the other guy was probably just as paranoid as me, which is why he didn’t let me out of his sight. That constant sense of mistrust pervades the whole Among Us VR experience, and it’s kind of brilliant.

VR really amplifies the horror aspects of Among Us that lurk just below its bold and basic veneer.

For the uninitiated, if indeed you exist, Among Us is a smash-hit social Werewolf-type game where a crew of up to 10 people go about silly spaceship maintenance tasks while one or

more imposters among them try to kill off the crewmates and sabotage the ship. Played from the first-person perspective, your field of vision is way narrower than in the original game. Let me also tell you that those crewmates aren’t so cute when they’re the same size as you and carry the threat of opening out into a massive maw that devours the top half of your body.

When the lights go out due to sabotage, with alarms wailing as you run through the metallic corridors towards the equipment that needs fixing (knowing full well that the imposter is probably lurking not too far from there), it really does evoke the horror of Alien. Naturally, this fear was tempered somewhat by how delighted and vocal all the people I played with were.

On that note, it’s very likely that Among Us VR will be far more reliant on voice chat than the text chat used in most random lobbies in the original, given the integration of a mic into VR headsets. The game uses proximity chat, which in a sensible decision doesn’t travel very far, so the games themselves are relatively suspenseful and quiet. Some people will be more comfortable with that than others, and there is a text chat option with lots of preset things you can write, but in the likely case that you’re playing with people with voice comms, you’re going to be at a serious disadvantage trying to make your case that someone (and definitely not you) is the imposter.

That should improve the communicative aspect of the game, and hopefully mean that there’ll be far fewer games with randoms where the extent of a case against another crewmate is ‘red sus’ or ‘blue sus,’ with people seemingly going along the person who just repeats their unsupported accusation enough times. There’s a lot to be said for the free-moving hands too. You can point fingers, gesture as you speak, open your hands out when defending yourself (which subliminally indicates that you’re being honest – there’s a pro tip you should use in the game but not in life).

But maybe I’m too much of a believer in the art of reasoned discussion and sensible debate, and discussions will actually be far more chaotic once the game comes out. Playing with fellow journos, everyone was very much in the spirit of things and looking to play properly in the interest of getting the most out of the experience. Throw this out to the masses, however, and it’s quite possible that emergency meetings just get drowned out in an outpouring of screams, cuss words, and mindless accusations. In a game so dependent on voice communication, Among Us VR could well be the best game in the world to play with friends, and an absolute nightmare with randoms.

But such are the perils of games like this, which can’t exactly be blamed on the game itself, which has been reworked beautifully for VR.

The ship maintenance mini-games are simple but catchy. Some take mere seconds to complete, while others are deceptively long, and despite their simplicity can become a challenge if you start panicking and fumbling over your hands. The memory game, for example, where you need to repeat a sequence of square buttons that light up several times, takes just long enough to get uncomfortable, while I never quite figured out the left-to-right lever that seems to activate some kind of electric circuits. The point is, the puzzles are simple, but get hasty or clumsy, and they become excellent tension-building devices.

There are plenty of anti-woozy VR accessibility options, and I had to actually tone down on the default blinker size (which blurs out your peripheral to prevent motion sickness) as it just narrowed my field of view too much. This, as well as things like snap-turn angle, are slider-based, so you have plenty of control over making the game comfortable for yourself. During my play session, I experienced no physical discomfort, but then again I’m not particularly prone to it.

Among Us VR is ingenious in its simplicity, amplifying rather than watering down the original game. It’s a giddy delight, and while the experience will be largely dictated on the kinds of people you find yourself playing with, there’s no question that developer Schell Games has made about as great a port of the compelling social game as we could’ve hoped for.

The one technical issue I experienced during play actually provided one of the most comical moments of my session. Having heard the ominous ‘crunch’ of a player being killed by an imposter, I turned a corner to find a crewmate standing over the body. I was far enough away that I wasn’t in danger, but they executed the classic strategy of calling an emergency meeting and accusing me as the next-nearest person. I began making my case, but 20 or so seconds in realized that no one could hear me while that scummy imposter was running my good innocent name through the mud. My mic, for some reason, had disconnected, and upon realizing this I began jumping up and down in the air, waving my hands in a pleading ‘help’ gesture, and pointing desperately with both hands at the imposter.

It was all in vain in the end. I was ejected, proving that there’s no communication quite like vocal communication. A quick exit and reentry into the match solved my issue, but it was an interesting moment – a wonderfully tragic emergent scenario in which I acted as any temporarily mute person would and tried to communicate using the other tools at my disposal.

Among Us VR is a great execution of an extremely popular game – and genre – of recent years. It’s a perfect fit for the medium, and at a refreshingly low price too. As with the base Among Us however, it’s simple stuff – almost a proof-of-concept that this kind of game works in its respective medium – and it may be up to other VR developers to really build on this finger-pointing party game premise to take it to bold new places. 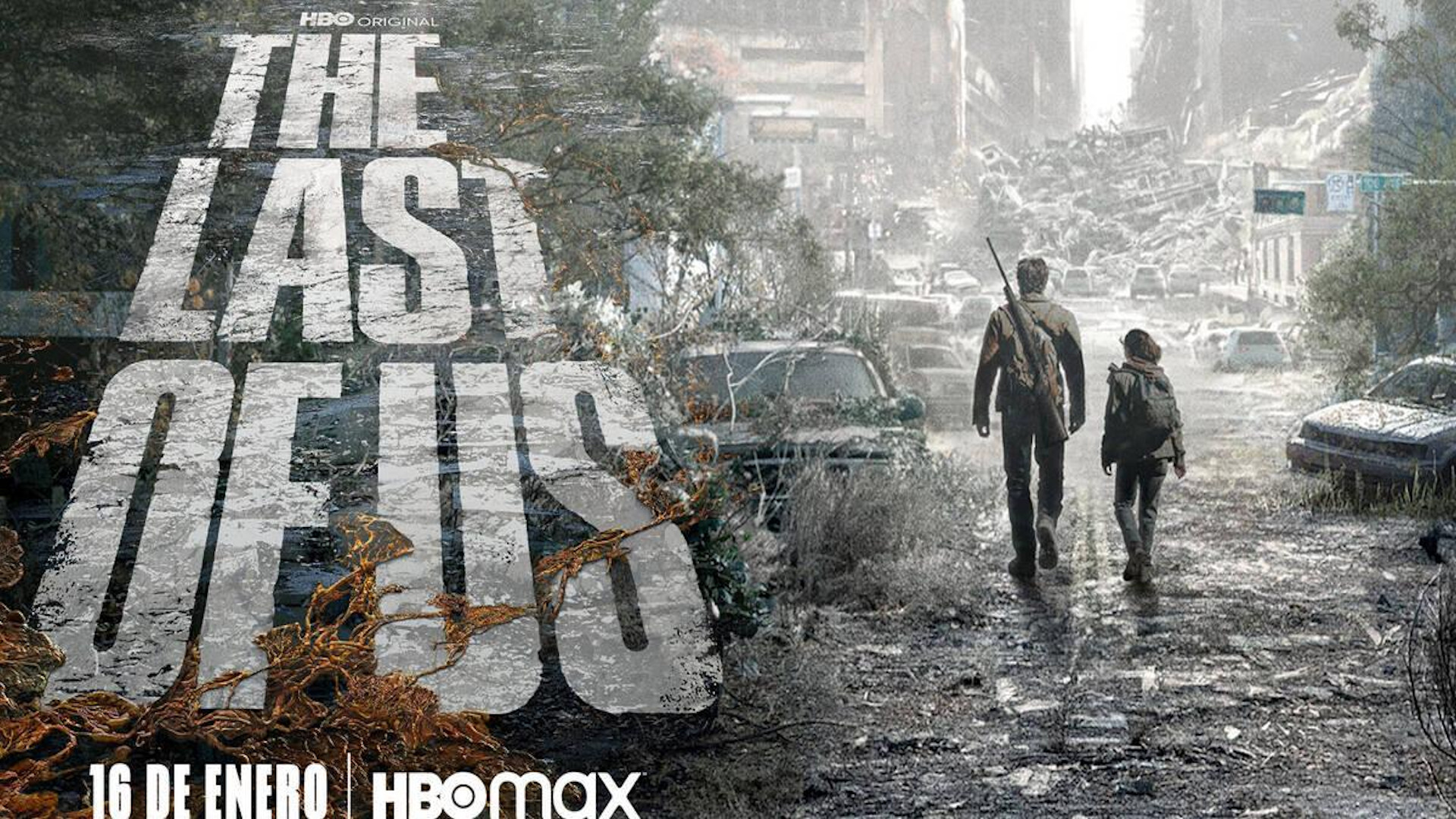 The Last of Us TV Show Easter Eggs AMD could have Nvidia scared enough to revive...