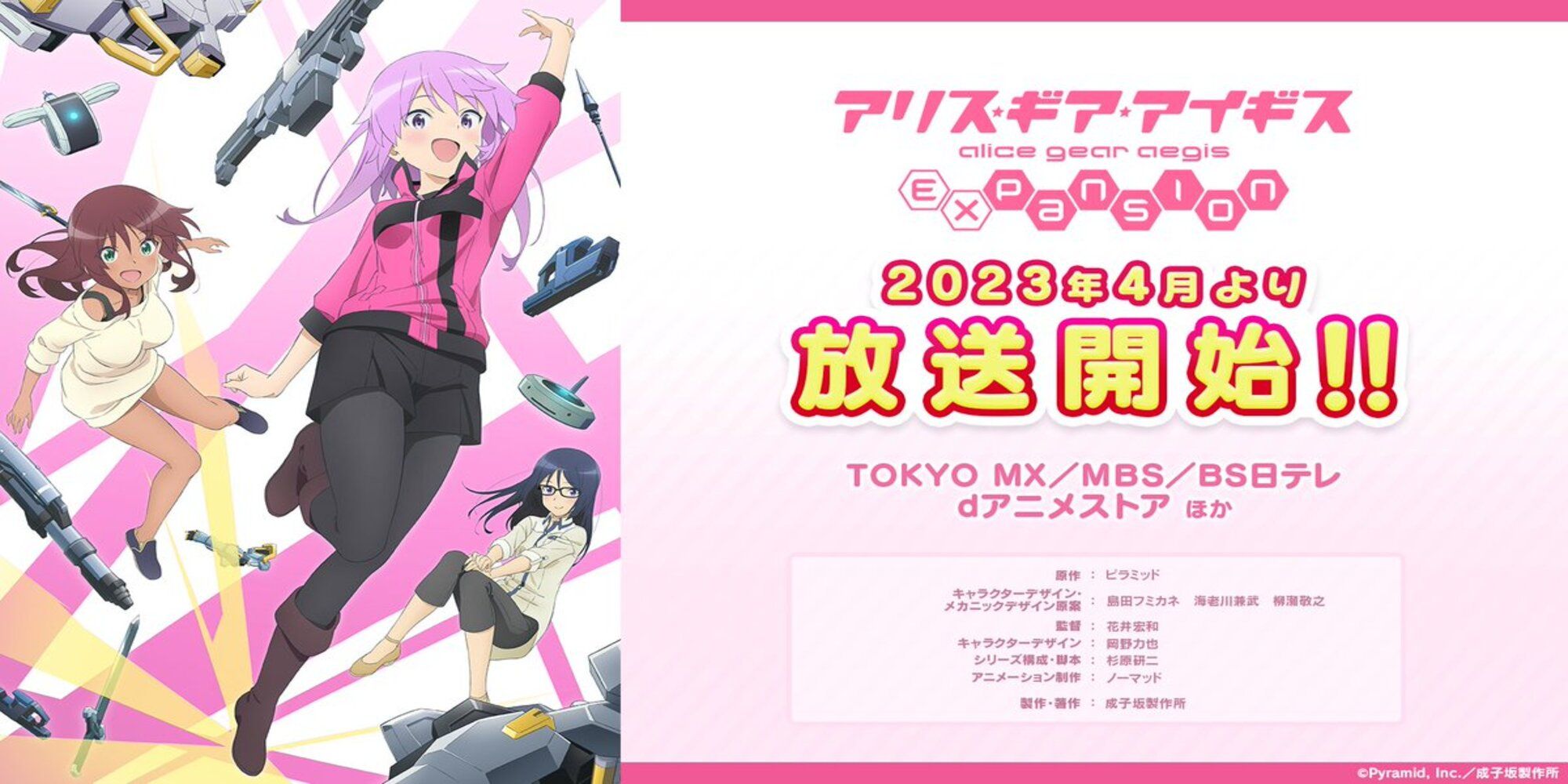 Disclaimer: Final footage may differ from the trailer.

The official website for Alice Gear Aegis Expansion (アリス・ギア・アイギス Expansion) began streaming the series’ first five-minute trailer on Saturday. Along with the trailer, the website announced a new cast member, the theme song artists, and the April premiere for the anime adaptation.

The trailer is simply the first five minutes from the first episode, but it comes with a cautionary note — the footage is still in production, so the final product might differ. However, the animation in the trailer is smooth and doesn’t even look like an anime still in production to the untrained eye. The trailer even showcases that although it features a new Actress, the original characters haven’t lost their quirkiness. It should also be pointed out that the anime adaptation gives a nod to the mobile game by showing crowds of entirely blue people.

Alice Gear Aegis launched in January 2018 as a mobile game developed by Pyramid and published by COLOPL, available on iOS and Android devices. The game received an original video anime (OVA) produced by Nomad and directed by Hirokazu Hana in September 2021, titled Alice Gear Aegis: Doki! Actress Darake no Mermaid Grand Prix. The anime adaptation for the game was officially announced in January 2022. A year later, the release window for the series has been announced as this coming April.

RELATED: My Teen Romantic Comedy SNAFU Climax OVA Will Be Released Alongside Game

Returning from the OVA, Hirokazu Hana is directing the anime series once again produced by Nomad. The series composition is by Kenji Sugihara, with character design by Rikiya Okano, Humikane Shimada, Kanetake Ebikawa, Takayuki Yanase. The opening and ending theme songs will be performed by Aina Suzuki and Marina Horiuchi respectively. Additionally, the original character Nodoka Takahata will be voiced by Miyari Nemoto. The anime adaptation also features Manami Numakura as Yotsuyu Hirasaka, Maaya Uchida as Sitara Kaneshiya, and Yui Ishikawa as Fumika Momshina.

The series takes place in the future, where humanity is forced to leave Earth after being attacked by mechanical lifeforms called Weiss. These mechanical beings can be defeated by Actresses — young women who know how to use high-dimensional weapons known as Alice Gear. The Actresses head out to exterminate the Weiss under the supervision of AEGiS. The show’s official Twitter states the anime’s theme revolves around friendship and the bonds formed between the Actresses.

NEXT: The Angel Next Door Spoils Me Rotten Release Always With You Visuals One Piece Chapter 1074 Spoilers Tease The Return Of Vivi