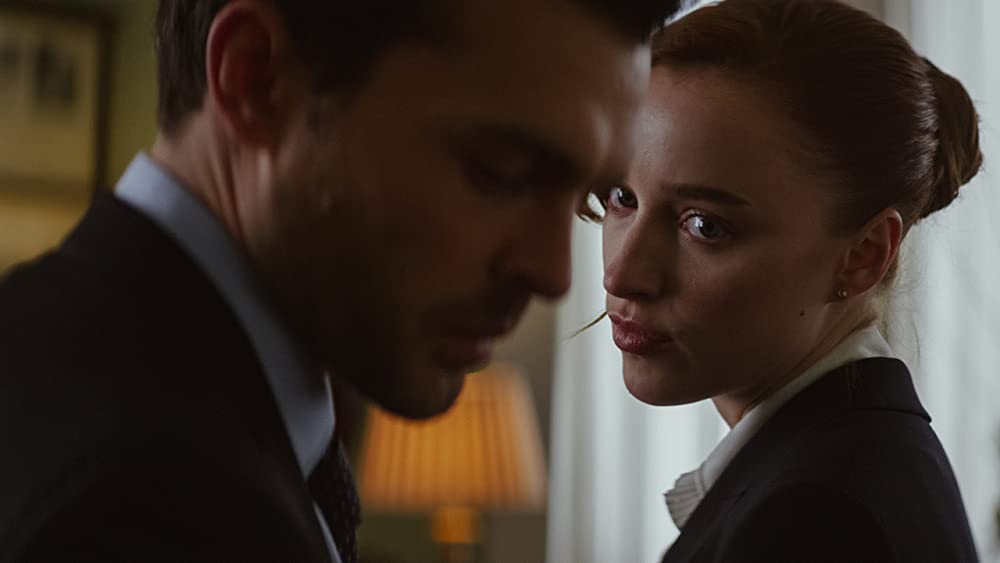 Written and directed by Chloe Domont, Fair Play follows a couple’s descent into the depths of hell all over a job promotion. The film stars Phoebe Dynevor, Alden Ehrenreich and Eddie Marsan.

Fair Play starts at a party where patrons are jamming to Donna Summer. At the center of it all is Emily (Dynevor) smoking a cigarette. She’s in a relationship with Luke (Ehrenreich) and he steals her away for a quickie. However, they quickly realize she has started her period. In the melee of trying to clean up,  a ring drops out of his pocket to the ground which Emily discovers. He was going to surprise her with a marriage proposal, one that she promptly says yes to.

They both work in the same office and have the same corporate job in finance. It’s an environment full of busy bodies talking, trading, screaming, crying and doing whatever they can to get the job done. One of their bosses is fired and, as a result, he destroys the office with a golf club.

One night Emily is called to come join her boss Rory at a late night bar for drinks but when she arrives Rory is gone and the head honcho Campell is there. He talks to her about her career trajectory, going from a 17-year old business journalist to climbing up the corporate ladder two years after graduating from Harvard.

When she returns home from the meeting, Emily is solemn. Seeing her demeanor causes Luke to assume she’s been assaulted, when in actuality she’s been promoted above him. He congratulates her but his eyes tell a different story. She offers to help him get a promotion, although he prefers to do it on his own merit. As the tension builds between the couple, we’re left to wonder whether the promotion will enhance their relationship, or whether gender dynamics and toxic masculinity tear it to shreds.

It’s a known fact that the biggest reason for divorce and relationship breakups is money. Between Luke and Emily, her status is what causes their eventual disconnection. Only his fiancé is in his corner as his own bosses dislike his work ethic, and now he has the pressure of his fiancé constantly reminding him of his failure. In a desperate quest to help Luke getting recognized by the big-wigs, Emily puts her own job in jeopardy. As the only woman with some form of power at work, screwing up could cost her everything.

Their squabbles start with passive-aggressive comments, but it eventually escalate to violence. Do they want to sabotage each other’s careers? The corporate world is a beast. Bosses will praise you one minute and kick you to the curb the next. How do two people in the same profession, in the same office, find the balance? Is it even possible?

Domont’s script addresses several different themes at once. One examines the dynamic of this relationship, another how the power of position corrupts no matter what gender you are and thirdly it asks, “What sacrifices are worth the price of heartbreak?” As tensions between the couple hit fever pitch, it’s clear to the audience that these two people are seriously deranged. Luke thinks his fiancé got the job by screwing her way to the top, and she tells him he’s not good enough over and over again. They lie over and over to one another, to other people, all over a damn promotion.

The stress this movie put me through is criminal, but that’s mostly due to the intensity of the performances by Dynevor and Ehrenreich. They are committed to creating the most ugly, hostile environment, and all that emotional venom spills over into every part of these characters lives. It’s a wonder how these actors did not pop blood vessels with all the screaming, straining, and contorted facial expressions. The dialogue by Domont is just as unhinged. The things that these two people say to each other jump off the screen, right in between your ears, and swirl around your brain while you sit in the audience mouth agape from what you just heard.

Fair Play shouldn’t have been almost two hours, though. A cool 15-mins could have been cut toward the end because, as Luke and Emily continue to go back and forth, the film starts to lose its luster and spill into unrealistic territory.

Anyway, this Wall Street meets Blue Valentine psycho-sexual drama left me feeling beaten and weary — but also pleasantly satisfied to go on such an intense ride. Make sure you have the spoons to sit through Fair Play as it is fierce and bleak. My goodness, I pray to never have to witness to anything like this in real life. It was hard enough to watch in a theater!

The film is produced by MRC and T-Street. 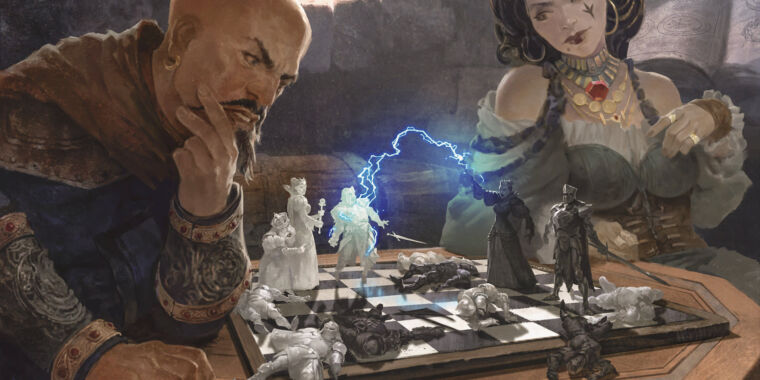 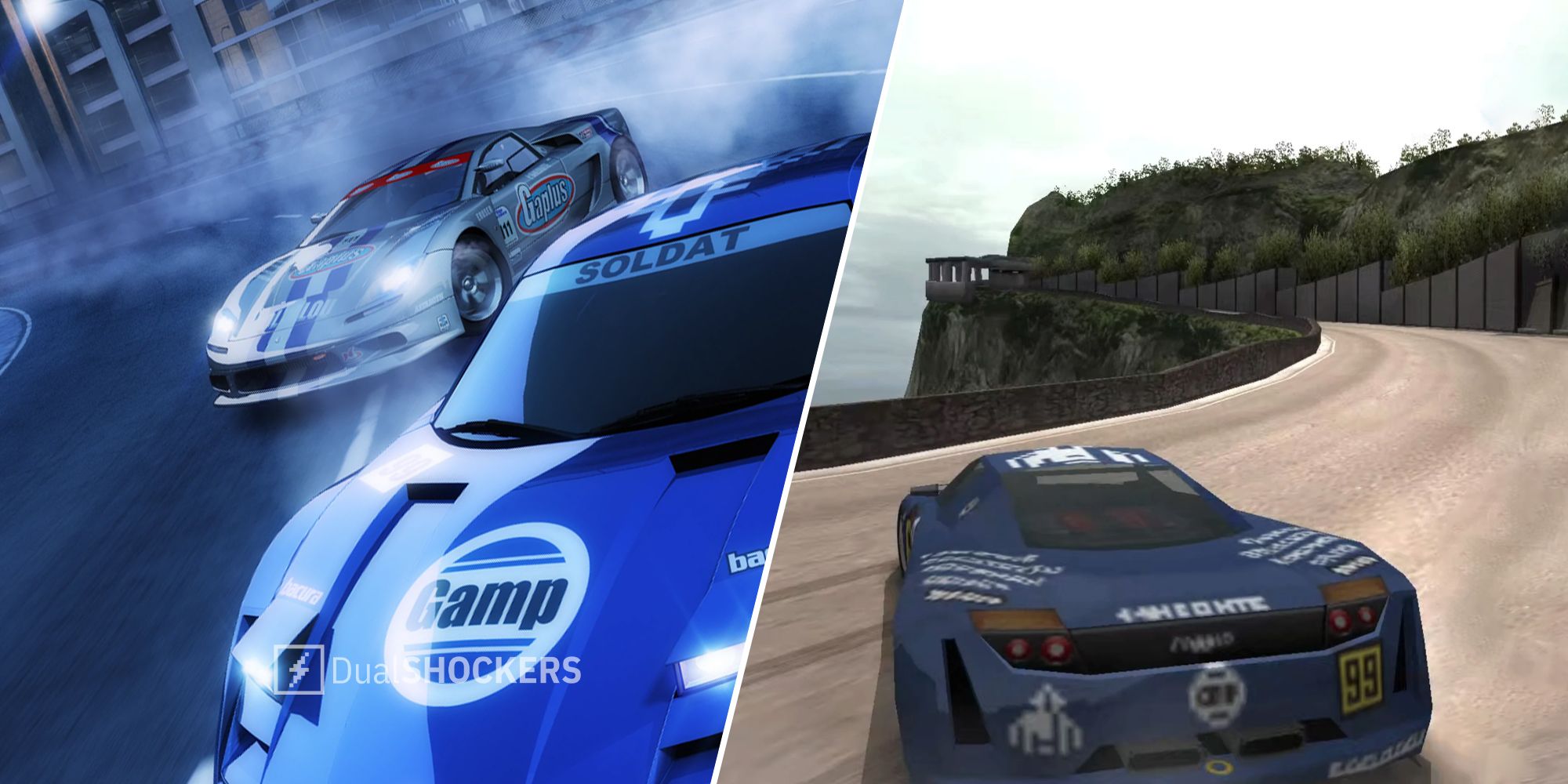 Some Pokémon Will Now Be XXS Or XXL...