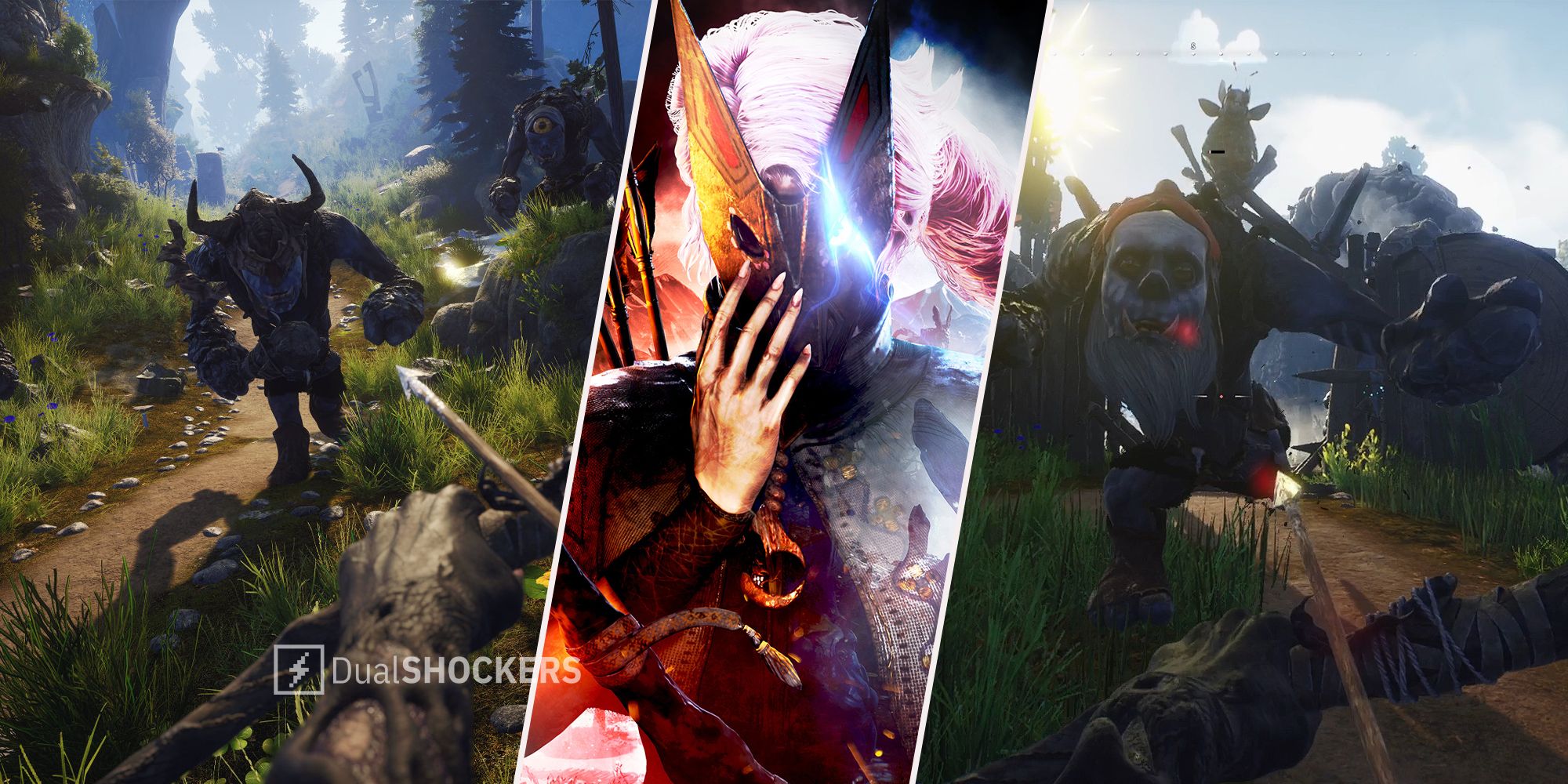 A Test Of Magic And Morality

Disclaimer: Copy was provided by the developer for review purposes.

Blacktail faces a test few developers want: to be one of the last games of a year, releasing well after the awards season has wrapped, and late enough in the holiday season for potential players to be distracted. Don’t let that stop you though. If, like many, you’re burned out on checklist open-world games with staid gameplay, then Blacktail is the handcrafted journey you’ll never forget. Playing as a young Baba Yaga in search of her lost sister, you chart your way through Slavic mythology to decide if you’ll be a destroyer of all in the vein of God of War’s Kratos or a guardian of nature. All of this is tied together with first-person archery and magic slinging across a compact yet deep landscape brimming with personality in every single facet.

It’s astounding just how deliberate each detail truly is in Blacktail. Not since Dishonored 2 have I played a game with so much choice and consequence, yet Blacktail isn’t an immersive sim. While inspiration is clearly drawn from the genre, you’ll just as regularly find the DNA of Legend of Zelda and Portal. Almost every action has some parallel option, each making you feel clever in either a benevolent or mischievous way. You don’t just say “I’m the good/bad guy” at a handful of dialogue crossroads and then play things as if nothing’s changed, nor is the binary as simple as good and evil – sometimes even the noblest characters can advocate for harsher decisions, and vice-versa.

Blacktail is a game to be savored, peeling away its world a little at a time.

The objectives you face, the means of acquiring resources, and even basic moment to moment gameplay flows differently based on your alignment. You will be locked out of certain resources and abilities based on not only your moral choices but how far you’re willing to go to see them through. Cause and effect actually matter in Blacktail, and it’s refreshing to see. Choosing to walk a more ambiguous moral line grants the most base options, but few perks. Committing to either course of action forces you to be cautious with navigating the world, characters audibly responding if you act against their expectations of you.

I know it sounds like I’m fixating on the morality aspect, but that’s because Blacktail merges all of its systems together. You craft your arsenal from scavenging in the world. How you scavenge from the world influences your moral stance. Your moral stance influences what quest options and abilities you harness, including how effective you are at scavenging and fighting in several ways. By engaging in combat and quests, you need to cycle back to regather your resources. It’s a constant loop that is just varied enough to not get boring over a dozen hours in. Everything you’re doing at any given point tends to feed back into your continued journey through the wilds, to such an extent that it’s legitimately easy to stop worrying about the gamey aspects as you instinctively fall into Blacktail’s rich ecosystem.

ALSO READ: Days Gone Is As Much About The Quiet Moments As The Open World

As if this all weren’t enough, the storytelling of Blacktail is just as beautifully rendered across a variety of mechanisms. Brief, symbolic 2D dream sequences grant a glimpse inside Yaga’s memories, serving as gorgeous allegories to key moments leading up to the beginning of the game. Her regular back-and-forth conversations with The Voice in her head are wonderfully acted, mixing contemporary with old world conversation styles. The world looks as if molded by hand, with the sun and stars above appearing as if painted by the gods. The pen-and-ink cutscenes are just as evocative, joined by an impatient narrator telling the tales of Yaga’s teenage friends and rivals in the days prior to the game. Musical cues, poetic dialogue, and wonderful diegetic sound design knits it all together, sweeping you away with vocals in Slavic tongues and impactful effects that ring as loudly as the game’s bright colors.

It’s all incredibly elegant and simple to describe on paper, yet so deep once you dive in. There are so many little facets, like your broom that distracts enemies and heals you over time, or the quirky NPCs like the mailman larva, fiendish devil, and bloodthirsty ant empress with swords tied to her thorax. The Mushrooms are more expressive than you’d think possible, capturing a Jim Henson energy as they greet, jeer, and snark at you throughout your journey.

Enemies are wonderfully varied, encouraging you to make liberal use of the dash move as you learn to line up rapid shots with your bow. Crafting new potions and arrows on the fly is incredibly simple, and if you ever overgather on anything, you can find a living bag at your campsite who’ll give you the leftovers if you have space later. You can warp back to the center of the map any time you see a feline familiar, zipping in to level up skills, then diving back into the various biomes – from grassy plains and swamps to dark, thick woods and cavernous canyons. Plus, as you collect a set of six frogs, they give you temporary buffs when you warp back home, offering an edge in any fights giving you too much trouble.

ALSO READ: Death Jr. Was The Perfect 3D Platformer For The ‘Edgy’ PSP

Truthfully, there’s very little to complain about at all. The save system, which requires collecting red flowers, is a bit inconvenient at times if you’re in too deep with a combat encounter, but those moments were rare. The radial menu for crafting is a touch less elegant with a mouse rather than a controller. The self-destructing Will’o’wisps are used a bit more often than is preferable, but you can easily dash past them. There is one optional boss fight that currently is far harder than necessary, but the reward for it is minimal enough you can skip it – trust me, you’ll know it when you encounter it.

Beyond that though, the only thing Blacktail has against it is that it calls for patient, curious players. If you’re the sort who insists on only following a dotted line and ignoring everything off to the sides, you’ll miss out on some of the best moments in Blacktail, like saving a mushroom spymaster’s best agent, or spelunking through gorgeously lit caverns. Blacktail is a game to be savored, peeling away its world a little more at a time. If you meet it halfway, you’ll be left with a breath of fresh air rarely seen in the industry these days: a well paced game that only tries to be what it wants to be and never compromises that vision. A beautiful, touching piece of work that’s bound to stick with you long after you finish it, Blacktail is a world worth getting lost in. 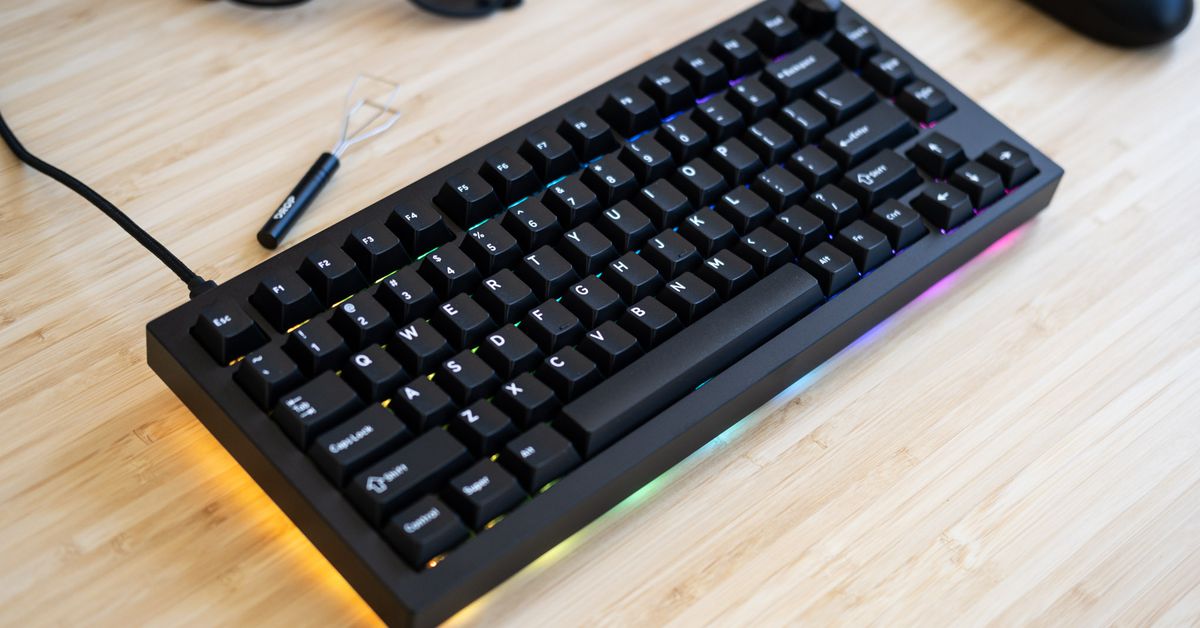 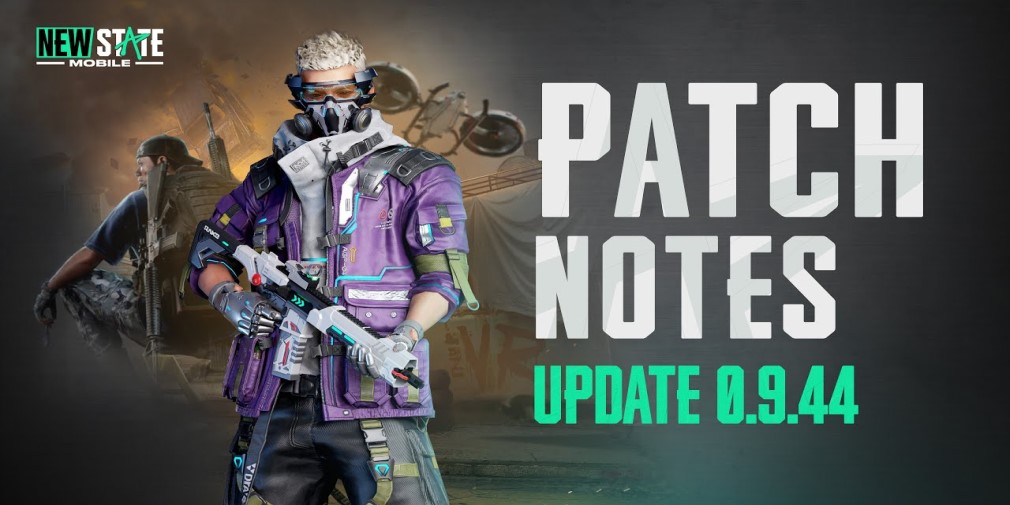 PUBG: New State’s January 2023 update adds a new season and an overhaul to the game’s mechanics

Answers for H-1B workers who’ve been laid off...

Apex Legends’ next hero is trans “terraformer and...